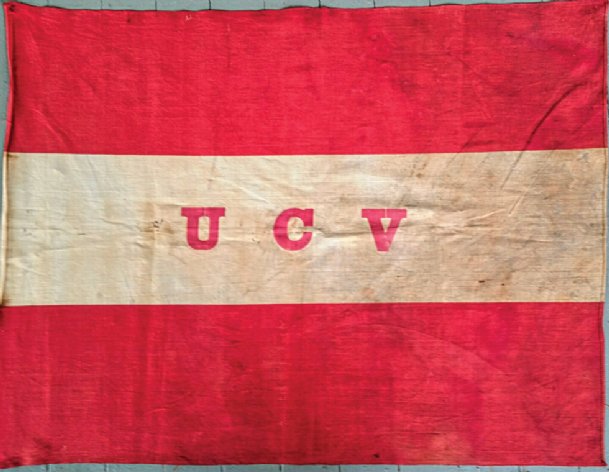 This old flag from the 1800s is the actual flag that was flown by the Confederate veterans (United Confederate Veterans) in Columbus after the Civil War. What is commonly called the Confederate flag and appears on the present Mississippi flag is the battle flag of the Confederate Army of Northern Virginia. Photo by: Courtesy photo

It was almost 10 years ago that I first wrote a column on the state flag and the need to look at changing it. It is past time to revisit that discussion. The present flag was a creation of the Mississippi Legislature in 1894. The move for a new state flag that year was started by Mississippi Gov. Stone with the following message to legislators:

"Executive Office, Jackson. Miss., Jan. 22, 1894. - To the Senate and House of Representatives: Gentlemen - I respectfully submit for your consideration a question often asked of Mississippians the inability to answer sometimes confuses their sense of patriotic ardor and puts their State pride before a point of interrogation. That question is 'What is the coat of arms of Mississippi? What is your state flag?' The humiliating answer is, 'We have no coat of arms, we have no state flag!'

"Prior to the year 1861 there seems to have been no action taken on those subjects. In that year a convention of the people of Mississippi did adopt a coat-of-arms and a flag for the state. But in August 1865, another convention was in session, and on the 23rd of that month, the ordinance of 1861, creating a coat of arms and a state flag being abolished and since that time, the state has had neither."

The coat-of-arms adopted was:

"A magnolia tree containing a nest of eagles, which are being defended by the mother bird from the attack of a serpent, a bale of cotton, plow, steamboat, citizen, soldier, fortifications and cannons, with motto: Istis Donfensoribis."

"A white ground, a magnolia in the center, a blue field in the upper left hand corner, the flag surrounded with a red border, and a red fringe at the extremity."

In 1894 there was little public fanfare or discussion about either the new flag or state coat of arms. I have with Carolyn Kaye been pouring through Mississippi newspaper archives looking in 1894 papers for news articles on the new flag. Other than the governor's message that appeared in several papers, we found only short mentions of the adoption of a flag and coat of arms. The most detailed follow-up article was in the Feb. 9, 1894 Yazoo Herald:

"A Coat of Arms and State Flag were adopted this week. The flag is a combination of the United States Flag and the old Confederate Battle Flag; the Coat of Arms is an American Eagle with extended wings with the thirteen stars surrounding its head, and upon the Eagle's breast is a shield. The designs are very pretty and when the flag and coat of arms are finished, will be admired by all. Mississippi is the only State in the Union that has not a Coat of Arms (or) Flag of State."

Eight years ago I wrote a column suggesting Mississippi return to the Magnolia Flag of 1861. Though dating to the Civil War, it is a pretty flag with no purely Confederate symbols. Concern over that flag's canton, now often referred to as the Confederate Bonnie Blue Flag, ignores that a white or yellow star on a blue or red background was the flag of revolt against Spanish oppression by its American colonies. That "lone star" still graces the flags of Texas, Chile, Cuba and Puerto Rico. It is a flag with roots from 50 years before the Civil War. Eight years ago it was a good idea. Times and people have changed and that window of opportunity has closed. We now look at a call for a completely new flag.

In a 1935 address before the House of Commons, Winston Churchill stated, "When the situation was manageable it was neglected, and now that it is thoroughly out of hand we apply too late the remedies which then might have effected a cure."

A large part of our state's population does not feel that a Confederate battle flag represents them and are offended by it. Some of that feeling comes from the fact that hate groups have staked a claim to the Confederate battle flag with barely a whimper from those who truly viewed that flag as a legitimate symbol, not of hate, but of their heritage. When that "situation was manageable it was neglected."

We now need to consider a change in the Mississippi flag, not because someone makes us, but because it is the right thing to do. Unfortunately our state flag recalls a time in our history with which most of us are uncomfortable.

As to the Confederate battle flag on the Mississippi flag, it was the battle flag of the Confederate Army of Northern Virginia. Interestingly, the flag used by the Confederate veterans organization in Columbus (UCV) after the war was simply a horizontal red stripe, a white stripe and another red stripe. I know that because I inherited that flag. It was passed to me having originally belonged to my great-great uncle, Maj. John Billups, 43rd Miss. Infantry Regiment, and my great-grandfather, Lt. T.C. Billups, 6th Miss. Cavalry Regiment, who had also served as ensign or flag bearer for Co. A, 44th Mississippi Infantry. I understand the heritage but I also see the pain of those whose ancestors had been enslaved under that flag and that pain cries out for understanding and healing.

I believe it is time to change the flag and have a state flag that can represent everyone in Mississippi. The most commonly mentioned alternatives are the Stennis Flag and the Mississippi Bicentennial flag of 2017. I have seen several businesses still flying the Bicentennial Flag and I like it.