Slimantics: Whose Day is it really?

Today is Martin Luther King, Jr. Day, the one day each year when white conservatives, particularly in Mississippi, seem vaguely aware of Black people in general and King in particular, at least in any positive, affirming way. 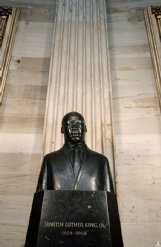 Kim Miller: The timeless wisdom of King's letter from a Birmingham Jail

In April 1963 after five days of solitary confinement, Martin Luther King was shuffled to a regular jail cell and handed a Birmingham newspaper.

Ask Rufus: 'No River for Steamboats'

It began in the late fall of 1854 and extended through the summer of 1856. Before it was over several Tombigbee steamboats sank, and one caught fire and burned. 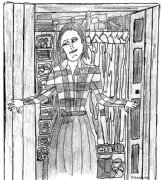 Possumhaw: What comes in January

A week ago, we all awakened to a beautiful blanket of white. I found myself giddy and mesmerized by the "new fallen snow."

Daniel L. Gardner: Freedom to speak and to listen

Who can say what will happen next? A friend noted that this old saying is dead: "I may not agree with what you say, but I will defend to the death your right to say it." Yep! Today, the only people defending another's right to opine are those who agree with the opinion. 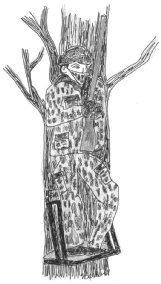 Possumhaw: Making the most of winter

We are now officially in our third week of winter when north winds blow and temperatures plummet. Weather reports suggest there may be a freeze, possibly even a snowflake or two.

Partial to Home: A case for kindness

What can I do? It's a question a lot of people have been asking these past few days. How to deal with this ongoing feeling of helplessness, at home and in Washington.

Americans have been drowning in a sea of COVID-19, social unrest, and election turmoil. The waves have not yet calmed, but shore is in sight. A day is approaching when vaccines will be distributed, election contests cease, and we can take stock of frayed lines across the country. 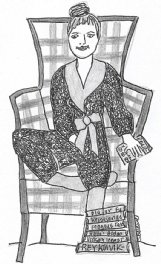 Possumhaw: A world of reading

Before Christmas Sam and I were gifted a book "The Christmas Candle," along with a suggestion to read the book together during the holidays. While both of us are readers the idea of reading a book together was a novel idea.

1. Slimantics: Whose Day is it really? LOCAL COLUMNS

3. Voice of the people: Hunter Perrigin LETTERS TO THE EDITOR ([email protected])

5. Voice of the people: Paul Mack LETTERS TO THE EDITOR ([email protected])