Something very strange has happened to the Republican Party I called home for 32 years.

Birney Imes: A letter from Rety

Chances are if you've ever gotten a letter from my mother-in-law, you did with it exactly what I've done with those she's written me, you kept it. 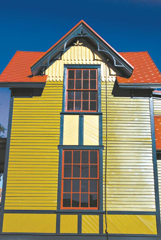 Ask Rufus: Where did those colors come from?

Most people who grew up in the South think of homes built during the 1800s as being painted white. The "new" exterior paint colors of the Tennessee Williams home have caused many people to ask me, "Where in the world did they get those colors from?"

Friday night in the center court of Leigh Mall, amid the clutter of empty whiskey boxes and makeshift bookshelves, a score of readers picked through piles of hand-me-downs. Friends of the Library volunteer Doug Blount explained the boxes: "We have a lot of drinkers." And the Friends has a lot of books. 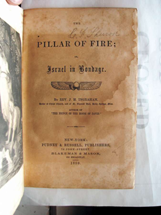 "What do you know about taking pictures at football games?" Daughter Tanner, who was filling in for Dispatch shooter Kelly Tippett last week, had drawn Friday night assignments in Pickens County and New Hope.

At the beginning of a workshop on small newspapers last week, everyone was asked to stand, introduce themselves, say where they were born, where they are now and what would be the job of their dreams, if not newspapering.

Garthia Elena Burnett: Where is Kaila Morris? A year later, still a mystery

A year ago, Kaila Morris' room was adorned with clouds and carousels and all things girly. Two weeks later, as Kaila's family talked to the media about her disappearance, her room remained just as she left it.

I miss the old ways. I really do.

About the new color scheme for Tennessee Williams' Welcome Center one of our readers wrote, "I think the colors are hideous and have yet to hear anybody else say otherwise." At this writing 38 percent of respondents to our online poll have said otherwise while 54 percent don't like it. The rest are on the fence.

In 1970, soon after pilot training equipment issue, I took my helmet into the bathroom and locked the door.

On Wednesday Google rolled out their Google Instant feature. Google Instant makes searching much easier and faster by actually showing search results to you while you type your keywords.

On cue, the anti-Obama is behaving very unstimuluslike.

The annual rhetorical outburst that is fast becoming customary during the sweltering month of August has certainly served as the impetus for more than a few moments of reflection. Perhaps the highlight this year was conservative commentator Glenn Beck's dusting off of the spot where Dr. Martin Luther King made his classic "I have a Dream Speech" to make a national religious call to arms.

Rufus Ward: A first-hand account of Grierson's Cavalry Raid of 1863

One of the most famous calvary exploits of the Civil War was the Union calvary raid through Mississippi by Col. B.H.Grierson in 1863. The raid has been the subject of several books and even a John Wayne movie, "The Horse Soldiers."

Birney Imes: Wil Colom wants to help save the world

Sometimes the answer comes before the question is fully formed. Just ask Wil Colom. Eight years ago, the lawyer/businessman/entrepreneur happened to be standing on the Serengeti Plain in northern Tanzania in the presence of a Maasai warrior when he heard music.

Peter Imes: How to unsend an e-mail in Gmail

Gmail is Google's free e-mail service. Through www.gmail.com, you can create an e-mail account that you can check on virtually any computer connected to the Internet. It's a replacement for Outlook or Apple Mail and is similar to Hotmail and Yahoo Mail.

Steve Mullen: The light in August is overrated

I learned back in college that William Faulkner's wife made a remark to him about the "light in August," giving him the name for one of his novels. (If you still can't guess which one, Google it.)

A birthday is a time for reflection. I hope you will indulge me. Growing up in Columbus, my favorite pastime as a kid was cruising all over town on a bicycle. Across the river was off limits, so naturally, that's where we went. In those days all the honky tonks and beer joints were over there. We were more interested in the curb markets that sold firecrackers. I still fancy myself an explorer.