West Point primed to get back on title road 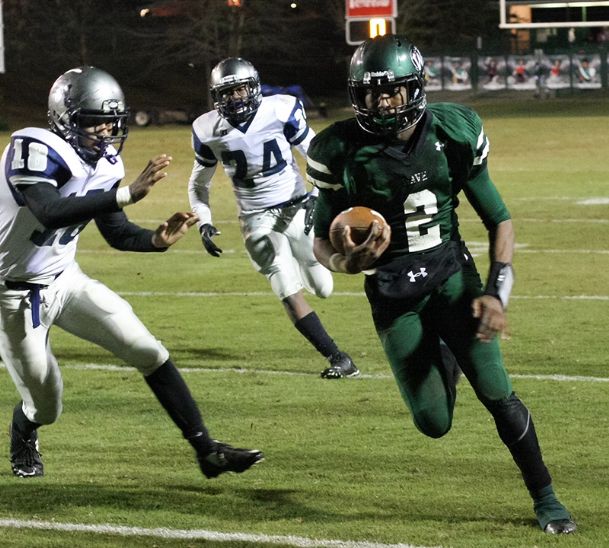 When asked about his team's offensive game plan for this season, West Point High School junior Marcus Murphy thought about the question, smiled broadly, and said, "We might just be 50-50 this year. Let me emphasize might."

Times are different for the West Point football program. The Green Wave began practice Monday, and will enter the season as one of the favorites to win the Mississippi High School Activities Association Class 5A State title.

West Point has won 20 games in the last two seasons. However, those campaigns ended with losses to region rival Oxford (second round in 2014, third round in 2015).

This season, Oxford has to reload after suffering key graduation losses, while West Point will rely on a ton of returnees on both sides of the ball.

Less than five months after that loss, Knight found a new lease on his football life.

"I've never seen anything like this," Knight said. "In all my years of playing football, I have never had anything close to this to play alongside. It's my senior year. To say I am excited would be a huge understatement."

Murphy could be the state's best recruit in the Class of 2018. He estimates "at least three of four letters come to the house every day." As a sophomore, Murphy became an instant highlight every time he touched the football.

As a sophomore, Murphy threw for 770 yards and nine touchdowns and rushed for 1,615 yards and 16 touchdowns. While the season was outstanding on so many levels, even the casual observer knew West Point would have to throw the football with more proficiency to bring home the first state championship since 2010.

Then, Knight walked onto the scene.

Chambless plans to play both players at quarterback. He also admits Murphy "can play any position on the field." He said the offense will feature some new sets to make sure both players get the maximum exposure.

Knight doesn't want to undo West Point's tradition, but he thinks he can add a dimension that is missing.

"I think we are going to throw the football," Knight said before pausing. "I hope we throw the football at least. (Murphy) and I have a great relationship. I have learned so much from him already -- really all of the guys. They took me in and adopted me on day one. As a quarterback, you are the natural leader on the team. However, they were winning before I got here, so to take me in like this has been special.

"I am soft-spoken by nature, so sometimes it has been hard, but I feel like the guys have done a great job of pushing me and accepting me."

Chambless said it didn't take the players long to figure out what Knight could bring to the table.

"As long as you work hard, you are going to be accepted around here," Chambless said. "Really, the quarterback is supposed to be the hardest worker on the team."

Murphy is more than willing to let Knight take the reins this season. Junior running back Chris Calvert is also back after rushing for 1,490 yards and 18 touchdowns last season.

Junior free safety Trey Brownlee calls the West Point offense "scary" and "good enough to push us over the top this year."

For that to happen, Murphy and Calvert will need to shine. Knight also will need to play to his ability. A veteran offensive line will need to perform. A defense that has nine juniors as starters will have to continue what started last season.

If all that happens, the season could be special. If nothing else, the season promises to be different.

Chambless was then told Murphy indicated a "50-50" balance between the run and pass could happen. The veteran coach took a deep breath before he answered.

"We know what we have," Chambless said. "We are going to take advantage of what we have."