Former EMCC standout Roberts will be walk-on at MSU 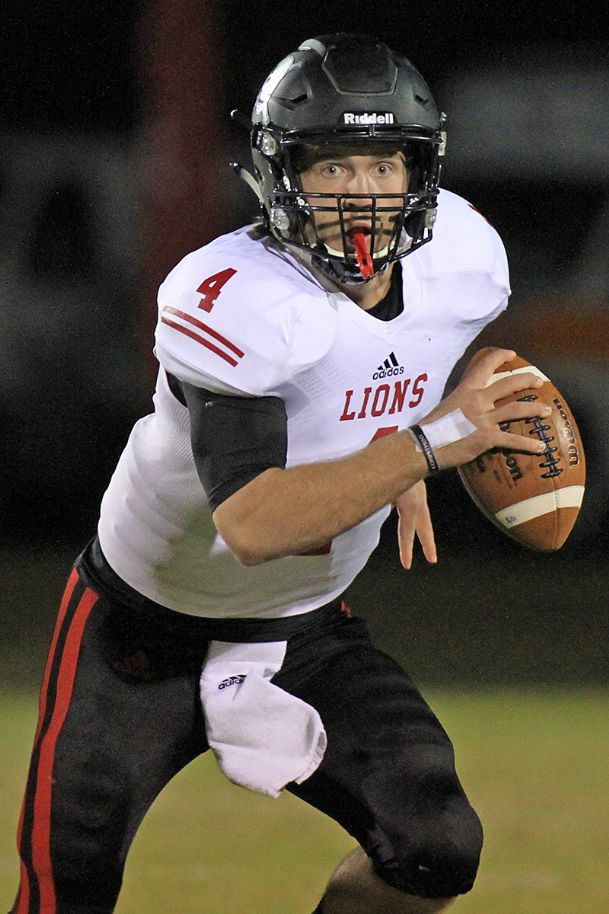 Wyatt Roberts threw 23 touchdowns and two interceptions last season for the East Mississippi Community College football team. He will be a walk-on on the Mississippi State football team this season. Photo by: Stan Beall/Dispatch File Photo

Marcus Wood might have used another hour to rave about Wyatt Roberts if given the opportunity.

The East Mississippi Community College football offensive coordinator and wide receivers coach saw Roberts develop into a playmaker at quarterback the last two seasons. Although overshadowed by talented teammates at the position and not being as highly recruited as others, Roberts never gave in. That's why he was elated Sunday when he learned Roberts, who played at Louisville High School, joined the Mississippi State football team Sunday. A MSU team spokesperson confirmed the move.

"I think he'll do well," Wood said. "I've never seen him shy away from any competition. I think as far as the competition side, he's as good a competitor as I've ever coached. I think that's what every coach that's ever coached him will say and rave about him for being a competitor."

Roberts, who will be classified as a junior and still has a redshirt year, will be a walk on at MSU. The opportunity comes days after sophomore quarterback Elijah Staley decided to transfer. Junior Damian Williams, sophomore Nick Fitzgerald, and redshirt freshman Nick Tiano are competing to be MSU's starter when it plays host to South Alabama at 11 a.m. Saturday, Sept. 3 (SEC Network), at Davis Wade Stadium.

After serving as current Ole Miss quarterback Chad Kelly's backup in 2014, Roberts beat out Florida State transfer John Franklin III to win the starting job at EMCC last season. Roberts was 159 of 243 for 2,197 yards and 23 touchdowns. He threw two interceptions. He rushed for 243 yards and three touchdowns.

Franklin III transferred to Auburn, where he is in competition to be the Tigers' starting quarterback.

"He was awesome for us," Wood said. "He did a great job, everything we ever asked him to do. He protected the ball well, he did a good job of pushing the ball vertically, he did a great job working underneath, and was a great leader. He was just tremendous."

Roberts was featured on the Netflix documentary "Last Chance U," which was released last month. The documentary examined EMCC's program and some of the high profile Division I transfers who were looking for redemption. The 2015 season ended prematurely after EMCC was involved in a fight with Mississippi Delta C.C. in the regular-season finale. As a result of the brawl, the Lions were banned from playing in the postseason.

Roberts had several NCAA Division I Football Championship offers, including Lamar, coming out of EMCC. He was heavily recruited by Division I Georgia State near the end of his time in Scooba, but he decided to give up football and attend MSU to be a student.

Wood said MSU is where Roberts always has wanted to play.

"Once he learns what they're doing and gets a good handle on it, I think he'll be a unique component to their team," Wood said. "He's a really good player, and he's very gifted."

The 6-foot, 195-pound Roberts led Louisville High to the Mississippi High School Activities Association (MHSAA) Class 3A State championship as a senior in 2013.

Wood raved about Roberts' talent and said his intangibles set him apart.

"He is just a true winner, always has been," Wood said. "I think he'll help make them better and push and make people compete at that position."