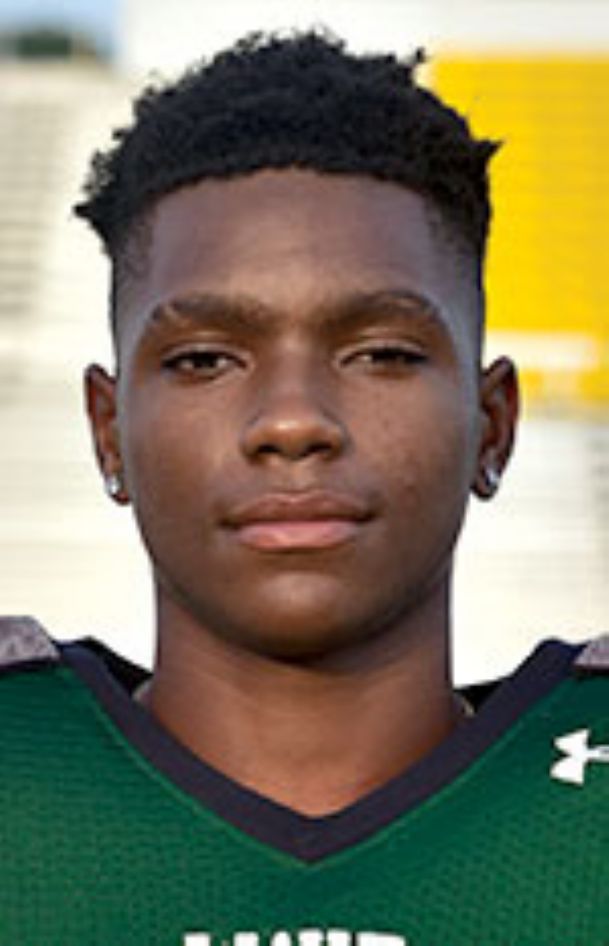 WEST POINT -- While the coaches have many accolades for West Point High School senior Jason Brownlee, he likes one label above all others.

In Mississippi High School Activities Association (MHSAA) Class 5A play, depth means few players have to go both ways. Not only does Brownlee defy that trend, he also excels on both sides of the ball.

The 6-foot-3, 175-pound Brownlee is a wide receiver and defensive back. Playing in one of the state's most-tradition rich programs should open the door for lots of college opportunities. Brownlee and West Point coach Chris Chambless are waiting for the tide to turn.

"He's a great kid," Chambless said. "He has size, speed, and great hands. He is a leader in every sense of the word. He goes hard at every practice. He can help a team on offense or on defense. College coaches should be lining up. Eventually, they will."

Last season, Brownlee had 30 receptions for 583 yards and 10 touchdowns. On defense, Brownlee had 23 tackles, two interceptions, and three pass deflections.

West Point won its final 13 games to finish 14-1 with a Class 5A State championship. It was the Green Wave's first title since 2010.

"It felt so good to get West Point football back where it belonged," Brownlee said. "The teams out here are always going to be loaded with talent. We have the best coaches in the state. Last year, it really fell together. A lot of people were doubting us. Even this year, some people are doubting us.

"They ask, 'Can you win two in a row?' I have news for you. The hunger is strong. We want this one more than we wanted the last one."

West Point was shaken to the core in the second week of the season after a 28-6 loss to Starkville. The following week, West Point was outplayed in many facets but held off Columbus, 17-13.

"The Starkville game really shook us all up," Brownlee said. "It was like we can't go through the motions and expect to be successful. Beating Oxford (in the regular season) was huge because they had been the ones in our way the last couple of seasons. It was all about confidence. Once we built up our level of confidence, nobody could stop us."

"Leadership," Brownlee said. "That is what made the defense special. We had confidence and we had lots of leadership. We had seniors who were going to stay on us until the job got done."

Now, Brownlee finds himself in that leadership role. The summer was spent on the camp circuit trying to get his name out and his game to a higher level.

"On offense, I spent a lot of time working on my footwork," Brownlee said. "I have been working on when the other team's corners press me, what to do then. I worked on catching the ball over my shoulder. My main focus was on becoming a better receiver."

Brownlee attended camps at Ole Miss, Memphis, and East Mississippi Community College. With a veteran coaching staff working on his behalf, the excitement level for what lies ahead is off the charts.

"Really blessed to be in this program," Brownlee said. "We have a chance to do something special this year. Last year, we had to convince ourselves we could be champions. This year, we know what it takes."