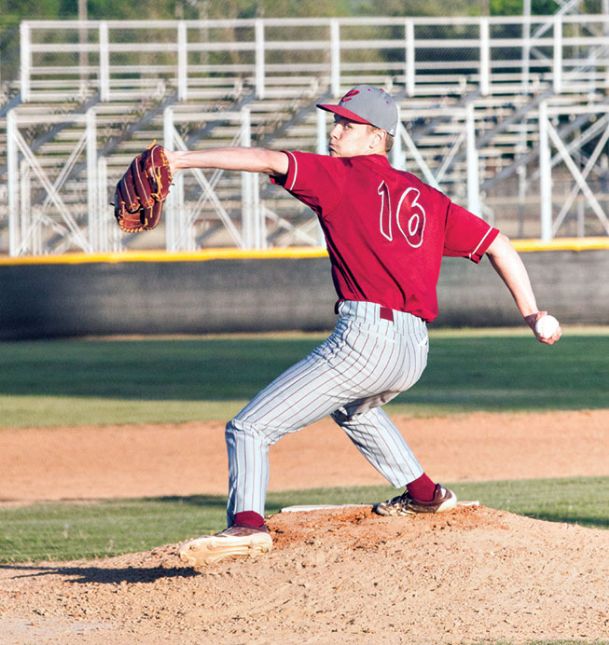 WEST POINT -- After returning to the postseason for the first time since 2011, the West Point High School baseball team wants to make this an extended stay.

The Green Wave broke open a tight game with a three-run sixth inning to win the opening game of the series Friday night in Cleveland.

For West Point, that three-run inning built the lead to 6-1. The Green Wave then plated a pair of critical insurance scores in the seventh.

Ketchum allowed five hits and three runs (all earned) in six innings to pick up the win. He struck out 11.

For Caledonia (15-11), Seth Brown, Houston Mims, Westlee Honeycutt, and Hunter McMurphey had hits during a three-run third that gave Caledonia a 3-1 lead.

Jedarius Gore, Seth Brown, and Bates each had hits during a two-run fifth that ran the lead to 5-1.

In relief of Bates, Honeycutt had a strikeout to end the sixth and finished the game for the save.

On offense, the Confederates were held to four hits. A seven-run fourth led to the run rule after five innings.

n Tupelo 4-4, Starkville 3-1: At Starkville, the Yellow Jackets saw their season end with a loss to Tupelo in the Class 6A playoffs Saturday afternoon at Carlisle Field.

Tupelo (21-5) won the opening game of the best-of-three series by rallying from a 3-0 deficit for a 4-3 win Friday night at home.

The Golden Wave rallied by scoring twice in the sixth and once apiece in the seventh and eighth.

Jackson Owen drove home the Yellow Jackets' only run with an RBI single in the fourth inning Saturday. That cut the Tupelo lead to 2-1 at that time.

Springfield and Drew Pounders had two hits in the seven-hit attack.

On Friday, the Trojans scored nine times in the sixth to win by the run rule in the opening game.

For New Hope, a double by Springfield started the big inning. An error, wild pitch and back-to-back bases-loaded walks scored the next four runs. Pounders then hit an RBI single.

After another walk forced in another run, Springfield connected for a two-run single.

Bryce Braddock had an RBI single in the first to tie the game at 2. After a wild pitch broke the tie, a ground ball out by Springfield scored the fourth of a five-run first inning. A bases-loaded walk scored the other run.

Ryan Burt went the distance on the mound for New Hope.

n Hamilton 15-24, Leake County 0-0: At Hamilton, the Lions opened the Class 1A playoffs with a doubleheader sweep to advance to the second round Friday night at home.