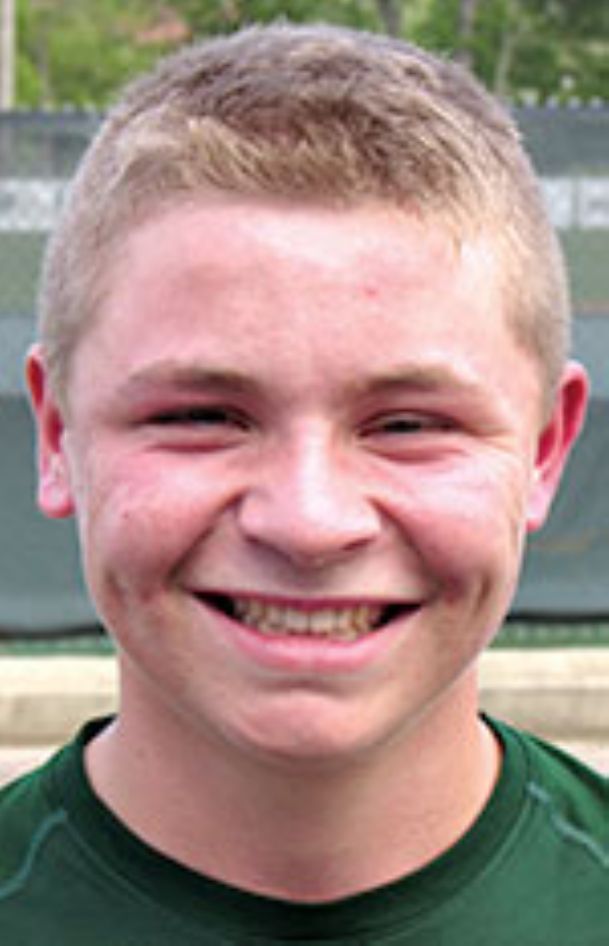 You can feel the enthusiasm of the West Point High School sophomore when his face lights up with a big grin.

Imagine the smile that enveloped Berry's face Saturday when word came over the public address system that he had just thrown a no-hitter in the West Point High baseball team's 3-0 victory against Cleveland Central in Game 2 of the Mississippi High School Activities Association (MHSAA) Class 5A State tournament.

"Gray is just kind of a quiet kid, and he just lit up with a big smile," West Point coach Blake Hutchison said. "The guys pounded on him and pounded on his head a little bit."

Berry admits he didn't have any idea he had a no-hitter in part because there were a few close calls behind him. Still, he credited his defense for giving him added confidence and plenty of support in his first playoff effort.

"I just remember having probably the biggest smile on my face (when he heard the announcement about his no-hitter)," Berry said, "and the whole team congratulating me and patting me on the back. That is what made the smile come on, that I knew I had my team behind me."

Berry's effort, which helped West Point clinch its first-round playoff series, earned him The Dispatch's Prep Player of the Week honor. Berry shares the award this week with Caledonia High pitcher Cade Stacy, who threw a no-hitter against Yazoo City in Game 1 of their Class 4A State tournament series.

Berry said he felt good during his long toss and in his bullpen session prior to the game. He said the long toss was one of his best of the season. In the bullpen, Berry said he had a lot of velocity, which gave him confidence to start the game. However, he said he was a little too "amped" up in the first inning and had to settle down after being glove side and high. Once he calmed down and worked back down in the strike zone, Berry said he found his rhythm.

"I walked a couple of guys, but when I got in that jam I just kind off settled down and I got back to my game and I worked out of it," Berry said. "When I am down in the zone I am hard to hit."

Hutchison said Berry is a "strike thrower" who showed last season he could handle the varsity load. He called Berry a "leader" who helps sets the tone for a program that has advanced to the second round of the MHSAA Class 5A State tournament in its first time in the postseason since 2011.

In Game 1 Friday, Roe Ketchum allowed five hits and three runs (all earned) in six innings to pick up the win. He struck out 11. Brandon Lairy had three hits, while Bryant Robert Watson, Ketchum, and Baker Watson had multiple hits. Marquez Carter had three RBIs.

In Game 2, Berry walked two and hit three in a 94-pitch outing. The performance was his first appearance since he went three innings April 5 in a 7-5 victory against Lafayette. Hutchison said Berry took a break after he experiencing shoulder pain and shook off some initial nerves in the first inning to deliver the clinching blow for the Green Wave.

"When he is down in the zone he is pretty good," Hutchison said. "His mental approach has been the biggest development since last season. He has learned how to let things go and not let one pitch affect the next. That is the biggest thing young guys deal with."

"One of the things that works to his advantage is his changeup. He has a really, really good changeup," Hutchison said. "Hitters have a lot of trouble distinguishing between it and his fastball, and he has really developed that pitch."

Hutchison said second baseman Seth Edwards had a diving catch early in the game on a soft pop up, while Carter made a couple of big catches in right field to support Berry.

"It all just came to me," Berry said. "After (assistant coach Kyle Stringer) talked to me and told me to take a breath and my teammates told me, 'You got this. We're behind you,' it just fell into place.

"When I see my defense making good plays, I kind of settle down and put a smile on my face and everything just kind of starts slowing down and becomes routine after that."