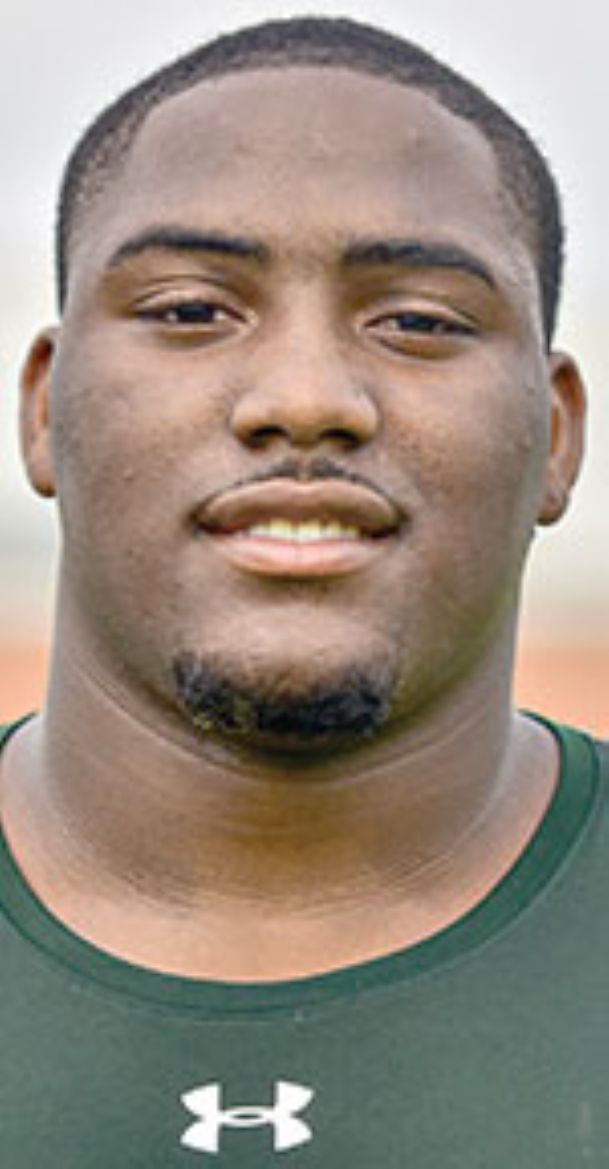 Editor's Note: This is the latest installment in a series that will feature some of the area's top prep football players. These players are expected to receive the most attention from college coaches/scouts. The Dispatch will profile a player each day leading up to the start of the regular season Friday.

WEST POINT -- You know good things are about to happen when Jaylon Webb flashes his big smile.

The West Point High School defensive lineman loves playing football. His enjoyment is contagious. When other players are down in the trenches fighting for survival, Webb is smiling as he moves to the top of his game.

"Too often, people forget football is supposed to fun," Webb said. "I have always enjoyed the process. Weight room. Practice. Games. It doesn't matter. I am out here having fun with my brothers. You work so hard to play this sport. If you don't have fun you don't need to be out here."

When West Point coach Chris Chambless needs a lighter moment, he knows where to turn to practice.

"Jaylon has an incredibly high motor. He is always working hard," Chambless said. "Through the hard work, you can tell he is enjoying playing the game. The long hours we put in, you need to get some personal satisfaction from playing. The wisdom he imparts to the younger guys is critical. It's great to see him blossom into the type of leader he has become."

Webb has had opportunity to smile a lot the last two years, as West Point, the two-time reigning Mississippi High School Activities Association (MHSAA) Class 5A State champion, will carry a 28-game winning streak into its season opener Thursday at Columbus.

"We take winning games seriously, but we also take (the streak) in stride," Webb said. "The thing that separates us is practice. From Monday through Thursday every week, we grind. There isn't one day we take it easy. We don't take a day off. We don't take a drill off. The championship attitude starts on the practice field. I don't think there is any other team that practices as hard as we do."

On the defensive line, Webb and classmate Jaylen Cungious are retuning starters. While Cungious checks in at 6-foot-4, 205 pounds, Webb is 6-3, 300 pounds. Cungious is an end, while Webb is a tackle.

Each have multiple junior college offers. However, West Point assistant coach Roger Burton, who works with the defense, believes both could go from flying under the radar to two of the state's best this season.

"The last couple of years we had some really good speed along the line," Burton said. "We have that again this year. Even though (Webb) is our biggest lineman, he has good instincts, good speed, and is good with his hands.

"The best thing about the defense a year ago was ability to get back to the quarterback. We are grooming a line that has a lot of the same characteristics."

For Webb, the focus is on dominating. A year ago, West Point allowed less than seven points per game.

"Playing West Point defense is physical, hard-nosed defense," Webb said. "We want to dominate on the line. We want to make the other team scared to run their offense. You can tell when the other team gets upset. They start making mistakes. We try for three turnovers per game."

As the calendar winds down and West Point tries to play for a third-straight MHSAA title, a senior-laden defense will look to extend the tradition of having multiple signees go to the next level.

Webb worked on his technique at multiple camps during the summer to make that happen.

"When it is your last season, it's special," Webb said. "We all know where a senior class with three-straight (state) championships would rank. It would put us at the top."