No. 2 West Point faces tall challenge against No. 1 Starkville 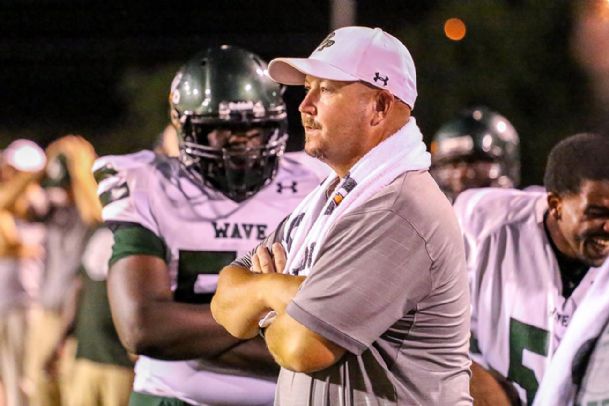 Since the two never met on the gridiron, the question remains today.

This year, the dynamics have changed slightly.

Starkville is No. 1 in the state in the latest Associated Press rankings. It is a favorite to win Class 6A this season.

West Point is ranked No. 2 overall and is the pick to win a third straight Class 5A title.

Thus, bragging rights and who is the best team for this season could be at stake Friday night when the longtime rivals meet at Starkville High School.

"Playing Starkville is a big game for us," West Point senior defensive back Ryan Melton said. "They are always one of the strongest teams in the state. That is why you like this challenge. It doesn't count in the standings, but it tells you how good your season can be."

Over the years, West Point and Starkville have played several dramatic contests before overflow crowds.

In 2012, the teams met in the Class 5A North State championship game.

Realignment moved Starkville into Class 6A the following year and now it's all about bragging rights.

"We surprised them a little bit last year," West Point senior safety Tyler Rupert said. "We know the fans are coming out to see a good game, so we are going to try to hold up our end of the deal."

As the rankings would indicate, each squad is off to a 2-0 start. Both have done so in dominating fashion.

"This team is still trying to find its offensive identity," West Point junior running back Dantariyus Cannon said. "The competition is good, because everybody wants to play."

West Point was held 200 yards by Louisville last Friday. However, the game was never in doubt.

The Wildcats scored on a late punt return to create the final margin.

"Everybody has been working hard in practice," West Point junior Brandon Harris said. "We want to keep going and win another championship."

While West Point continues to look for its offensive identity, the defense has been dominating.

"We knew that most of the experience was back on defense," Melton said. "It was up to us as a unit to set the tone for our season."

The theory worked a year ago when the team gave up slightly less than seven points per game.

"If we can give up one score a game, we will win a lot of games," Rupert sad.