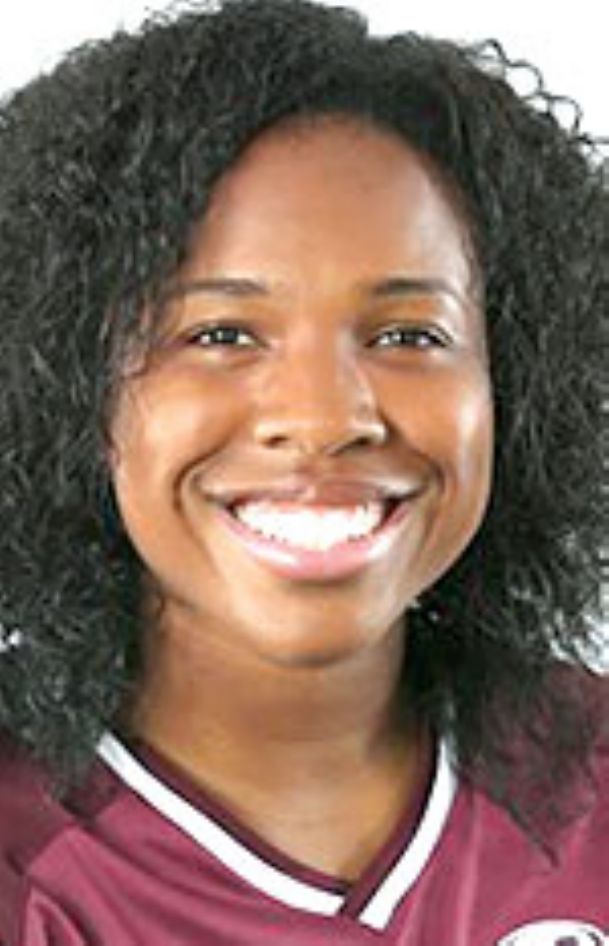 As center back on the Mississippi State women's soccer team, Malebranche often is the last line of defense in front of goalkeeper Rhylee DeCrane. One mistake can lead to a goal.

Despite acknowledging she feels that pressure, Malebranche has remained poised throughout the first part of the season, as evidenced by the fact MSU (7-0) has allowed only two goals this season. Malebranche has led the charge with a calm demeanor and a confident voice that has carried over to her teammates.

"I just think it is important to keep calm at all costs because that is when you can think through situations better," Malebranche said. "Poise means composure and calm and analyzing the situation quickly."

Malebranche laughs when she is told it doesn't look like she is experiencing stress when opponents are attacking the Bulldogs. That might be part of her success because Malebranche said she prefers to keep a calm voice -- "We're good. We're cool. You got this." -- during a match even when she might be a little nervous. She said she has to do her best not to show any anxiety because doubt from one player can lead to a mistake or a soft goal.

Malebranche said she does her best to communicate to stay comfortable on the field. She credits senior Courtney Robicheaux and freshman Miranda Carrasco for helping her develop a presence on the field in a three-back formation. Last season, Malebranche also was a fixture at center back in the team's four-back alignment.

MSU coach Tom Anagnost said Malebranche is "pretty solid in all areas" and has matured since she arrived in Starkville.

"She is pretty good on the ball, she is good in the air, she reads the game well, she communicates the game well, and she is probably the best shot blocker on our team," Anagnost said. "She has gotten better since she arrived. The more fit she is and the healthier she is the better it is for our team and our backline."

MSU will try to earn its first victory in Auburn, Alabama, when it takes on No. 9 Auburn at 6:30 p.m. Friday in the Southeastern Conference opener for both teams. On Tuesday, MSU slipped three spots to No. 30 (fifth also receiving votes team) in the United Soccer Coaches (formerly National Soccer Coaches Association of America) Top 25. MSU received 23 points this week, which is down from 37 a week ago.

MSU will enter that stretch tied for second in the SEC with only two goals allowed and third in goals with 23. Malebranche, a 5-foot-6 sophomore from Hillsborough, New Jersey, has teamed with DeCrane, Carrasco, and Robicheaux to form a back line that has allowed only 48 shots (16 on goal).

Malebranche acknowledges she has a bigger role and more responsibility to communicate with DeCrane and her teammates, but she said it is just another part of the game she has learned to handle with poise regardless of the situation.

"I definitely have a bigger role in terms of stepping up and being that person to direct the team where to go," Malebranche said. "I do like that role. At first, I think I was a little like, 'I don't know if I can do this,' but I think I have stepped into the role and it is a big part of this team. If I am not doing what I am doing, I know that's going to affect the team negatively if I am not communicating and stepping into my role."

Anagnost said he has never seen Malebranche "go crazy" on the field or allow pressure to affect her. In fact, he said she has become more vocal and more poised after he felt she was "quiet and timid" when she arrived in Starkville.

"In every way she is better," Anagnost said. "She has improved herself in every way as a soccer player and as a person. She just has been growing in all of the roles you want a center back to have and all of the players to have."