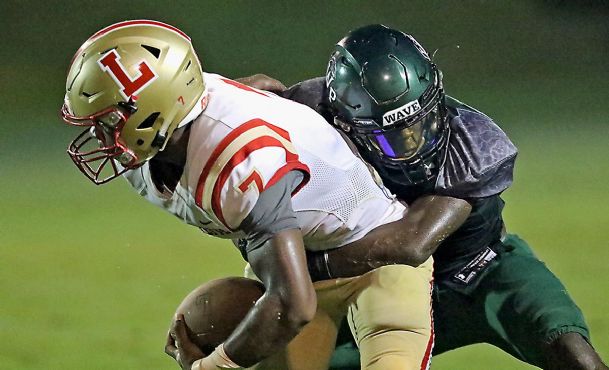 As the practices get shorter and the temperature gets colder, the West Point High School football team is again gearing up for a state championship run.

With the win, West Point will extend its region win streak to 26 games and will wrap up a third straight region championship.

"It's the first step, but it's a big step," West Point coach Chris Chambless said. "Having home-field advantage is huge. When it gets later in the rounds, you like to be in the position where you have an advantage like that. This team has worked hard to wrap up this region this year. It's been a challenge."

West Point opened region play with a 14-13 win over Lafayette. Two weeks ago, the Green Wave had to score twice in the final couple of minutes to pull out a 34-33 win at Olive Branch.

A year ago, West Point and Olive Branch met in the regular season and postseason. West Point had the luxury of playing both of those games at home. This year's potential North State championship game would return to West Point with a win Friday night.

"That's a huge motivation," Chambless said. "We have some teams in our region who can play this year. So playing at home is huge. You want every advantage you can get."

West Point should need few advantages Friday night when it tries for a seventh straight win. A year ago, the Green Wave beat the Tigers, 62-0.

Against Grenada, West Point scored twice in the second quarter to build a 21-3 halftime lead.

Senior quarterback Jake Chambless threw for 193 yards and a pair of touchdowns. On the ground, junior Dantariyus Cannon ran for 100 yards even though he did not find the end zone.