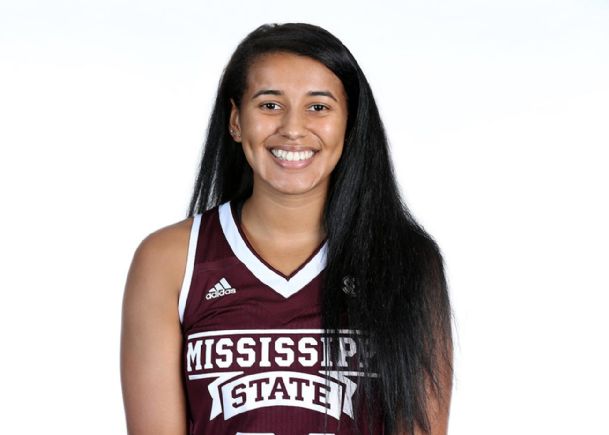 Espinoza-Hunter, a 5-foot-11 standout from Ossining, New York, scored 14 points in seven games as a freshman at Connecticut before she transferred to MSU in February 2018. She will have three years of eligibility remaining.

"I think the right decision was made for this situation," MSU coach Vic Schaefer said. "I think she will provide much needed depth at guard, and she provides someone who has a scoring mentality."

Schaefer said Espinoza-Hunter will travel with MSU and will play at 6 p.m. Friday against Virginia in Charlottesville, Virginia.

ESPN rated Espinoza-Hunter the No. 16 player in the Class of 2017. Blue Star Media rated her the No. 10 prospect. She was the 2017 New York Gatorade Player of the Year, co-Miss New York State Basketball, and a finalist for Gatorade National Player of the Year after scoring 995 points as a senior to guide Ossining High School to the State Class AA finals.

Espinoza-Hunter, who reached the 2,000-career point mark in her final prep season, averaged 36.9 points, 6.7 rebounds, 3.1 assists, and 3.0 steals per game in her high school career.

"She has been nothing but outstanding since the day she stepped on this campus," Schaefer said. "She works her tail off. She just has that scoring mentality. She will give us added space to the floor that we need with T(eaira McCowan). People won't be able to come off (Andra) for sure."

Schaefer said MSU's compliance department notified Espinoza-Hunter of the NCAA's decision. He said the NCAA didn't provide MSU an update about the status of Ole Miss transfer Promise Taylor, who also has applied for a waiver to be eligible this season. Schaefer said MSU will have to "wait and see" what happens with Taylor, a 6-5 sophomore center who left Ole Miss after then-head coach Matt Insell and the school mutually agreed to part ways.