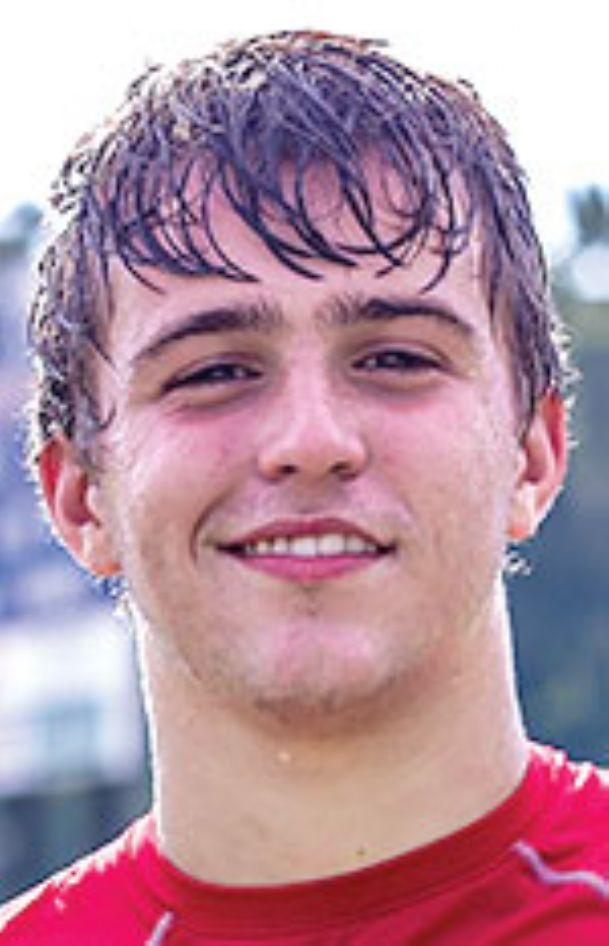 College coaches are fond of saying the biggest improvement in student-athletes comes between their freshman and sophomore seasons.

Carter Putt and Kelvin "K.J." Smith showed this season that a player's biggest maturation might come between their sophomore and junior seasons.

With Putt at quarterback and Smith at tailback, the Heritage Academy football team had an attack that was equally deadly throwing or running the football. The Patriots proved to be as lethal as they were thanks to the development of both players and the confidence they gained in what turned out to be one of the program's most successful seasons in recent memory.

"At the beginning of the season after last year, we had a pretty good season, (my teammates) were kind of like, 'He might be all right. We can trust him a little bit,' " Putt said. "As the season kept going and going last year and we got to this year, they were like, 'He is doing OK, we might as well trust him. As we kept going and I kept trusting my receivers -- they know I trust them -- coming up here on Sundays we were throwing and having fun so they're eventually going to end up trusting me based on all of the time we have put in together."

For their accomplishments, Putt and Smith are The Dispatch's Small Schools All-Area Football Team co-Offensive Players of the Year.

Putt, who threw for more than 2,000 yards and 31 touchdowns in leading the Patriots to a 10-win season, attended multiple camps, especially one in Birmingham, Alabama, the summer before his junior season that helped him realize how defenses would line up. He said he learned how to read tendencies and to capitalize on the strengths of his teammates. Like any good teammate, Putt praised the play of his offensive line and his playmakers for helping him make the Patriots go.

"The biggest change was pre-snap," Putt said. "My sophomore year I wouldn't really look at the defense. I would think of the play and kind of think who might be open. This year, I would look at matchups and see the slot receiver and the outside linebacker guarding him."

Putt said he would scan the defense and see if he could find a mismatch or a defense he could exploit with Moak Griffin's speed or the size of Jared Long or Banks Hyde. That maturation gave him the confidence to know he could check out of something or flip the side of the field the play was called to hit, even if he didn't do it very often because he said he had confidence in coach Sean Harrison's play calls.

Harrison said Smith's ability to break tackles at the second level was a primary reason why he was able to average 7 yards per carry. He said Smith's success for the season was a reflection of his ability to take constructive criticism and apply it to how he played the game.

Smith, who transferred to Heritage Academy following the 2017 football season, played with the school's baseball team in 2018. He said he played H-back and third-string tailback (the H-back in the Falcons' offense was basically a blocking back who really didn't factor into the passing game) at Columbus. When Smith arrived at Heritage Academy following the 2017 football season, he had a sense talking to Dontae Gray, who served as the Patriots' feature back as a senior, that he could step into that role in 2018.

"At the beginning of the season, I had some confidence but it took until the third game until I finally realized what I could do," Smith said. "I just put it all on my back and told myself I had to succeed and I had to do something for my team. It gave me motivation to keep pushing, to keep going."

Despite getting off a fast start in terms of yards, Smith said he felt "kind of slow" at the beginning of the campaign. He said his vision wasn't there and he didn't think he had a lot of speed.

"There wasn't any meaning to it," Smith said.

But things turned in Week 3, when he rushed for yards in a victory against Wayne Academy. Smith said that performance helped him build his confidence and become the player he believed he could have been at Columbus High.

"Even people at Columbus High knew I could (play tailback)," Smith said. "They just never gave me the chance to do it. When I got the chance I just made the most of it."

Smith said he wasn't surprised by his success because he knew he was running behind an offensive line that was at times dominating. He also was part of an offense that had plenty of weapons surrounding quarterback Carter Putt, who threw 31 touchdown passes.

After shattering his goal of 1,500 yards and rallying from what he called a slow start, Smith feels he did good but has room to pick up more blocks on blitzes, to build his endurance, and to increase his speed. He said he already has started work to enhance those areas because he doesn't ant to fall short of winning a championship in football in his senior year

"It should be a challenge, but I just want to get it down," Smith said. "I am going to start working on it."

Putt said he will continue to work with his teammates to build an even stronger connection. He acknowledged he isn't the loudest player on the field and that he prefers to lead by example. In 2019, Putt said he plans to follow that strategy in the offseason and throughout the year and build on the confidence he gained in 2018.

"Knowing that they trusted me to change a play or do whatever I needed to do get a first down or score, it just made me feel better and I didn't have to be all stressed out or worried that they might want another quarterback, or something like that," Putt said. "They all trust me and I trust them and we are all going to go out there and do what we can to make the big play when we have got to."