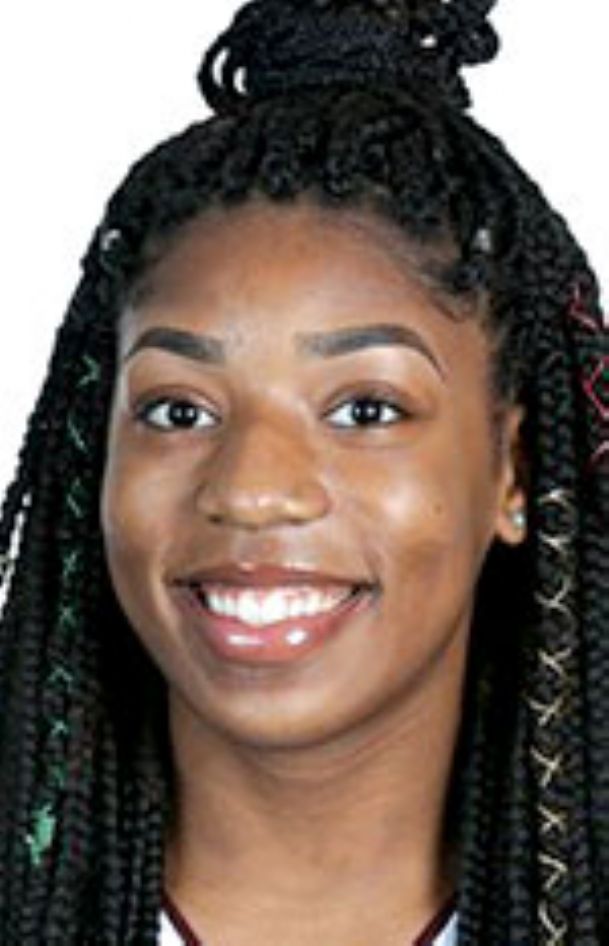 AUBURN, Ala. -- Jessika Carter reminds herself to slow down whenever she feels the need to do something quickly.

When you're a freshman adjusting to the life in the Division I fast lane, there can be a gap between reminding yourself to do something and then executing.

Seventeen games into her freshman season, Carter is showing the confidence and comfort level to slow down. On Monday against Auburn, Carter had one of the best games of her young career, as she scored 14 points and grabbed six rebounds in the No. 7 Mississippi State women's basketball team's 85-59 victory against Auburn in a Southeastern Conference game at Auburn Arena.

"I feel a lot more confident. The last few days in practice we have been working on being more patient with your post moves," Carter said. "I have gotten more confident and slowed down a lot more."

Carter is averaging 5.4 points and 4.4 rebounds in 13.6 minutes per game. She is second on the team in blocked shots (24). Against Auburn, the 6-foot-5 standout from Waverly Hall, Carter logged 17 minutes, which was her 12th game this season in which she has reached double digits. It was her third double-figure scoring game, and first since she had a career-high 16 points against Coppin State in her fourth game.

Earlier in the season, Schaefer talked about not wanting to hurt the confidence of his young players or newcomers to the program by putting them in tough situations. He credited all of his bench players -- Carter, Andra Espinoza-Hunter, Bre'Amber Scott, Myah Taylor, Nyah Tate, and Xaria Wiggins -- for their efforts against the Tigers. Schaefer feels all of the reserves have been practicing well.

"We did a good job of everyone coming in and we didn't really slack off. We didn't have a setback," Schaefer said. "We had continuity through substitution, which I told you is a real challenge. To play the minutes we played with eight in double figure minutes, that is good."

Carter's ability to provide solid contributions will be a key factor as MSU gets deeper into the season. With the status of redshirt junior Zion Campbell (boot on right foot) uncertain and Ole Miss transfer Promise Taylor redshirting, Carter is MSU's only other center. Any contributions Carter can provide will take some of the load off 6-7 senior center McCowan and give her valuable rest.

"I did all right," Carter said. "I could have done better on defense in denying the ball and getting back in the press."

Carter was 4-for-4 from the field and 6-for-6 from the free-throw line and had zero turnovers against an opponent that uses a zone press to force other teams into mistakes. Carter's performance suggests she has found her footing and could be ready to take on a bigger role. Her production was part of a 27-point showing by the reserves in 58 minutes. It was one game removed from a one-point performance in 16 minutes by the bench players.

McCowan feels Carter is growing more comfortable and is primed to do more. She said confidence is a key piece with Carter.

"Coming in as a freshman, you have to build that confidence and allow them to know they can do it," McCowan said. "It is the SEC, but, at the same time, if they have that confidence, they can compete in the SEC."

"The bench, we have been working hard in practice all together," Carter said. "I know T and Jazz(mun Holmes) and Anriel (Howard) get tired and they need a break, so having somebody who can go out there and keep it going, then that is good.

"We all play a role on the team. We have got to play our role."

On Tuesday, McCowan was named the SEC Player of the Week for the third time this season.

McCowan averaged 20 points and 15.5 rebounds in victories against Georgia and Auburn.

The Brenham, Texas, native has been recognized by the SEC eight times in her career, including a freshman of the week selection in 2015-16. Her eighth award surpasses Victoria Vivians (2015-17) and LaToya Thomas (2000-03) for the most in MSU history.

McCowan recorded her 52nd career double-double on Thursday night against Georgia with 18 points and 21 rebounds. She had 13 offensive rebounds that she turned into 14 second-chance points. McCowan also blocked two shots and recorded a steal.

On Monday against Auburn, she was 9-for-10 from the field and 4-for-4 at the free-throw line for 22 points. She had 10 rebounds for her 53rd double-double and blocked three shots without playing in the fourth quarter.

MSU remained at No. 7 and at No. 6 in The Associated Press and USA Today Coaches' polls, respectively.

MSU is the highest-ranked team in the SEC. It has been ranked in The AP poll for 85-straight weeks. State has been a top-10 team in the poll in 49 consecutive weeks, the fourth-longest streak in the nation.

Schaefer will returns to DawgTalk at 7 p.m. Wednesday at The Veranda in Starkville. Fans can tune in on affiliates of the MSU Sports Radio Network presented by Learfield. It is also available online courtesy of HailState.com/Plus, the TuneIn app and Facebook Live.