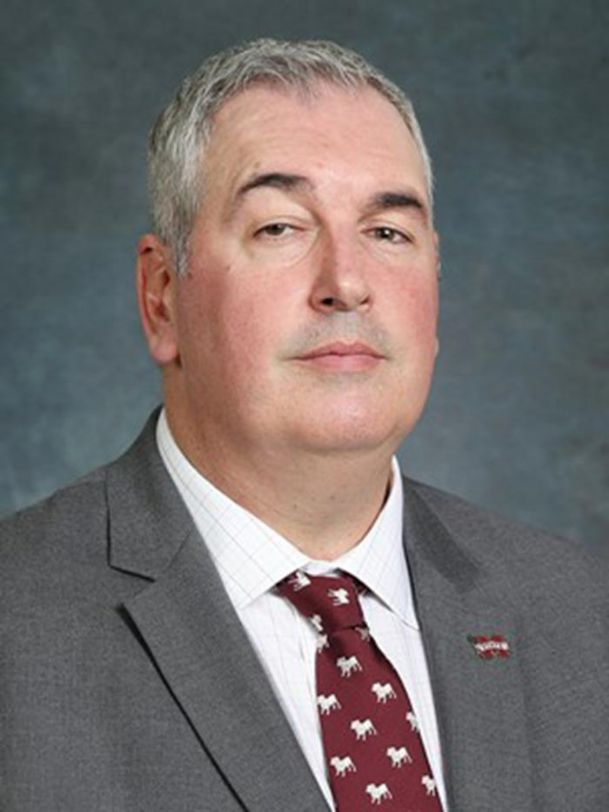 STARKVILLE -- Limited suspense did not mean the Mississippi State University football program still did not close out a Top 25 finish on National Signing Day Wednesday.

Coach Joe Moorhead welcomed eight signees to complete a class ranked No. 24 nationally by 247Sports, ESPN and Rivals. The Bulldogs signed 14 players on the initial signing day in December.

"You can feel the excitement in the air," Moorhead said. "It's certainly a combination of a year's worth of work to add these eight guys to the 14 that we signed in December. I certainly feel it's important that we express our thanks to the people who made this thing happen, including Mike Villagrana and our recruiting staff.

"They worked tirelessly to identify our prospects, organize all of our recruiting weekends, and set up our travel on the road. Those guys have done an unbelievable job with our assistant coaches getting to know these guys, cultivating relationships with the families and coaches for over two to three years for this class. And certainly, thank you to the high school coaches in Mississippi and the surrounding areas for allowing us to recruit their student athletes. Lastly, most importantly, thank you to the families and the players for their belief in us and our vision and our culture and the things we have to offer at Mississippi State, academically and athletically."

Despite a series of coaching staff changes in recent weeks, the Bulldogs still held firm on multiple commitments. The Bulldogs relied on in-state connections with 11 of 22 signees being from Mississippi. The emphasis was on the offensive line and retooling a defense, which led the nation in multiple categories this past season.

"I think we did our best to minimize the effect (coaching changes) would have on the class," Moorhead said. "I don't think you can completely stick your head in the sand and look the other way either. You are talking about guys who built relationships with players we recruited for well over a year's worth of time. So, to say it didn't have an effect, to me, would be foolish. I think [it helped] having a plan and replacing them very quickly with incredibly competent, qualified people. Certainly at the running back position, Terry Richardson is a guy I worked with at UConn, who has playing and coaching experience in college and the NFL. He has worked with a ton of pros and done an unbelievable job in recruiting. I think that helped, and certainly Michael Johnson, a coordinator in the NFL and college has developed a bunch of pro guys. And then there's Deke Adams, who's an in-state guy and has coached Jadeveon Clowney. Certainly, with whatever it was, a week and a half or two weeks left in recruiting, to lose guys that had been recruiting people at key positions was less than ideal, but I think our response to that, our readiness and having people available and bringing them in quickly helped minimize the effect on the class."

The marquee signee Wednesday was longterm commitment Nathan Pickering from Seminary High School. An Under Armour All-American defensive tackle, Pickering was ranked as the state's fifth best prospect by 247 Sports.

From the beginning, Pickering said he would sign on the second signing day. He held true to his word and helped recruit in the weeks leading up to Wednesday.

"Particularly, with the late change in coaching there, I think (Pickering's recruitment) was huge," Moorhead said. "Nathan always had a firm belief in myself, our defensive staff, our university and our football program. For him to be a guy that could have gone just about anywhere in the country if he wanted to, through thick and thin, high and low, through all the changes, he remained steadfast and firm in his commitment to us. He was relatively vocal about it through the latter stages of the process. There has been a long history of defensive linemen in this state who have decided to stay home at Mississippi State and gone on to great success on the field and in the classroom. I believe Nathan will be the next guy in that line. I appreciate the heck out of him and his family because they held true to what they said they were going to do."

Information for this report was provided by the Mississippi State University Department of Athletic Media Relations.