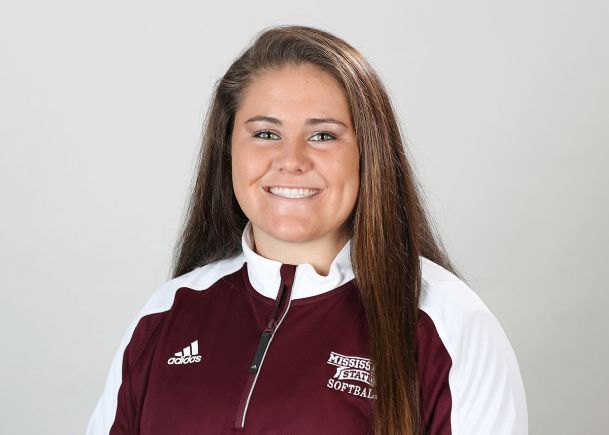 She does not plan to do anything differently this year.

Davidson earned Southeastern Conference Freshman of the Year honors after hitting a school-record 19 home runs for the Bulldogs.

Her second act begins at 3 p.m. today when MSU takes on Middle Tennessee in its opening game at the Bulldog Kickoff Classic. MSU will also face Stephen F. Austin at 5:30 p.m. before playing twice more Saturday and another game Sunday.

"Honestly, don't get caught up in the numbers," Davidson said. "If you pay attention to the personal accolades, the team goals suffer. My job each day is to make sure my contributions help this team win. We have a lot of potential and we want to make this a special season."

Davidson is the type of game-changing player that can help transcend a program. A Hillsborough, North Carolina native, Davidson made a verbal commitment to the Bulldogs in seventh grade and held true to her word. She has watched Vann Stuedeman build the program. Additional game-changers are now making Starkville home and the program appears poised to take the next step.

"There is a lot of excitement because of the type of players we have," MSU senior utility player Emily Heimberger said. "At Mississippi State, you are always going be the underdog. The (Southeastern Conference) is loaded. However, that's why you come here to play. You want to be the group to make something special happen."

The Bulldogs have won 33 or more games in six of seven Stuedeman's first sevens seasons. A year ago, MSU finished 38-23. The Bulldogs fell to Arizona in the championship game of the Tucson Regional.

From that team, 16 letters winners and five position starters return. That has led to a preseason No. 24 ranking by the National Fastpitch Coaches Association. It is the second preseason ranking in program history.

Still, the Bulldogs are picked 10th in the preseason in the rugged SEC.

'This team has a lot of speed and we have a good approach at the plate," MSU senior outfielder Kat Moore said. "We should be able to score runs and put the pressure on other teams. We have high expectations and (the preseason ranking) showed that is justified. It's important that we have a strong start to the season. The first couple of weeks are important, while we try to make strides."

The biggest unknown may be Arizona State transfer Alyssa Lozer.

"We have five pitchers and each will throw this weekend," Stuedeman said. "We have confidence in all five. It is going to be exciting to watch the pitching staff develop. Offensively, on paper, we have a chance to have a very good season."

Davidson will be at the heart of that offensive production. A year ago, she hit .370 with 48 RBIs.

"The thing with Mia is she is a tireless worker," Stuedeman said. "She is just as valuable to us behind the plate (as the catcher). The good news is we have more threats around her now. If we can get runners on before her and she delivers to her capabilities, that will be a good offensive combination. The offense early will be important, while the pitching plan comes together. We are ready to play. The SEC is a grind. We have veterans. They know the grind. They love the grind. We want to build off last season. Our talent level gives us a chance to do just that."