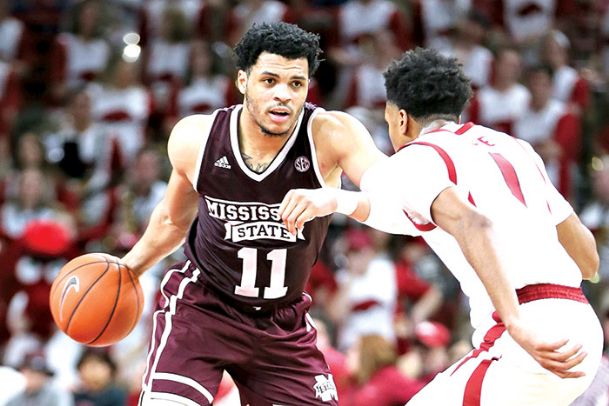 For Weatherspoon, it marked the first time that a Mississippi State player notched All-SEC first-team honors since Dee Bost and Arnett Moultrie during the 2011-12 season. He is the 13th player in program history to tuck three All-SEC selections during his career, most recently Bost from 2010-12.

Weatherspoon finished the regular season as the SEC's leading scorer with 19.4 points per game during league play. His 15 games of 20-plus points was second on the SEC leaderboard this season. Weatherspoon heads into the SEC Tournament with 1,956 career points, which ranks third in program history. The Bulldogs have won 27 of 31 games overall and 19 of 21 outings over the last two seasons when he turns in 20-plus point scoring efforts.

The Bulldogs will face the winner of Texas A&M-Vanderbilt during Thursday's quarterfinal round of the 2019 SEC Tournament. Tip time is slated for approximately 8:30 p.m., televised by SEC Network and available online through the WatchESPN platform.

SEC Coach of the Year

SEC Player of the Year

SEC Freshman of the Year

SEC Sixth-Man of the Year

SEC Co-Defensive Players of the Year

SEC Scholar-Athlete of the Year

2. With free football camp in Starkville, Jeffery Simmons hopes to 'pass the crown' to next generation LOCAL SPORTS