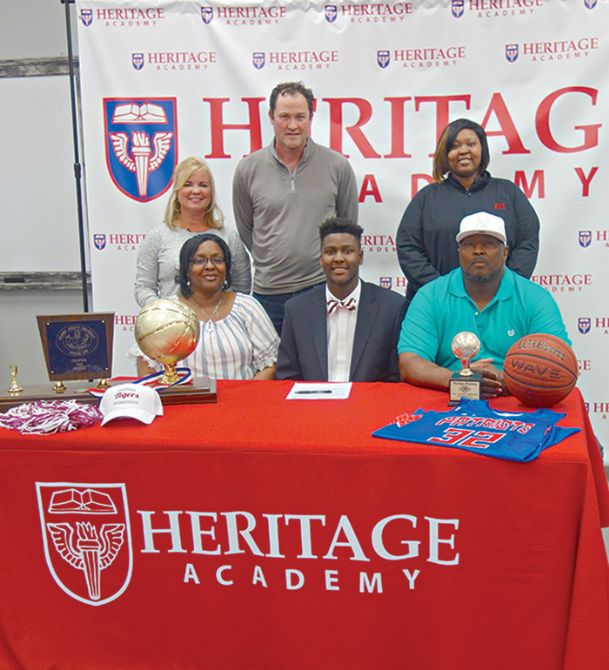 Surrounded by his family and teammates Tuesday, Cameron Bell of Heritage Academy proudly signed a letter-of-intent to play men's basketball at Coahoma Community College in Clarksdale.

It is the continuation of an education that he hopes will make him a physical therapist one day.

Bell, who flashed his smile around campus on Tuesday, played a huge role in Heritage's drive to the school's first Overall State Championship in boys basketball this year. He played at forward and center for the Patriots.

Winning a state championship is something that Bell, a transfer from Starkville, really wanted.

Bell plans to enter school in the summer. After two years at Coahoma, he hopes to finish out a four-year degree at Mississippi State University.

Paul Bowker is the former sports editor for The Dispatch.