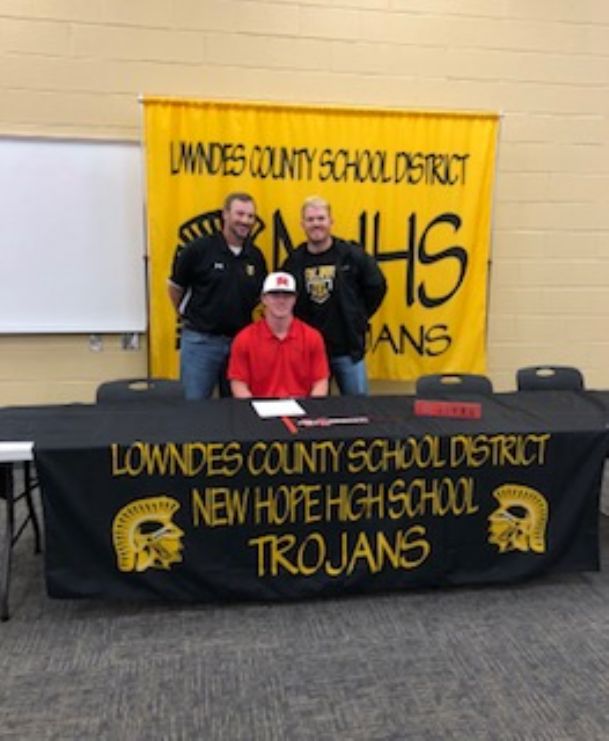 Squaring and swinging the muscular, McGlothin smoked a two-run home run over the wall in the bottom of the second inning to tie the game at two.

"The home run he hit cleared the field house and is probably sitting over behind the daycare somewhere right now," Boyd joked. "Probably a 420-foot shot, I mean I'm not exaggerating."

It's that aforementioned power and strength that helped McGlothin reach the college ranks. Wednesday, he signed his letter of intent to play baseball at East Mississippi Community College.

"It was an awesome feeling to finally get to sign my name to a junior college and just get a chance to play at the next level," McGlothin said.

"He's one of the strongest kids I've ever had and, man, when he gets his barrel there, it goes," Boyd said.

A tenacious worker, Boyd noted it wasn't uncommon to see McGlothin in the batting cages by himself taking extra repetitions.

"He just puts in all the extra work and time and effort, so it shows on the field," Boyd said.

While McGlothin's next chapter is in the red and black down in Scooba, he'll conclude his high school career in the state playoffs beginning at 6 p.m. Friday against Gentry High School.