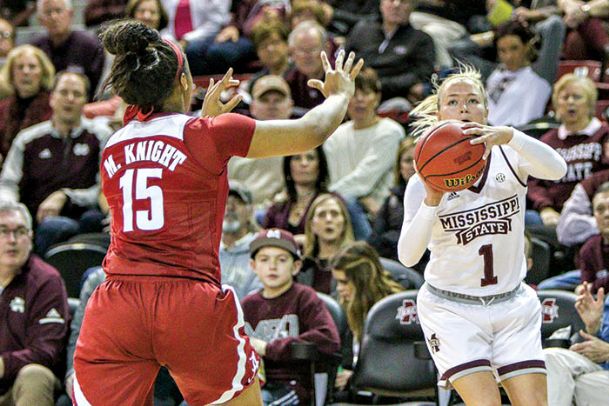 Blair Schaefer, the former Bulldog guard and the daughter of MSU head coach Vic Schaefer, has been hired as the coordinator for women's basketball player development for the upcoming season.

MSU Athletics confirmed Schaefer's hiring to the Dispatch, adding it is a new position on the staff.

A job description was not provided by press time.

In 2017-18 -- Schaefer's senior year -- she averaged 9.1 points, 1.8 assists and 1.8 rebounds per game as she helped MSU to its second-straight national title game appearance.

During her playing career she was a four-time member of the SEC Academic Honor Roll and a 2018 SEC All-Defensive team honoree. Schaefer also finished fifth in program history with 175 made 3-pointers, while her 38.5 percent 3-point shooting rate is third all-time.

Since graduation, she has worked as a reporter for WCBI in Columbus and an analyst with SEC Network.