Untapped potential: An inside look at the Mississippi junior college system and its impact on MSU 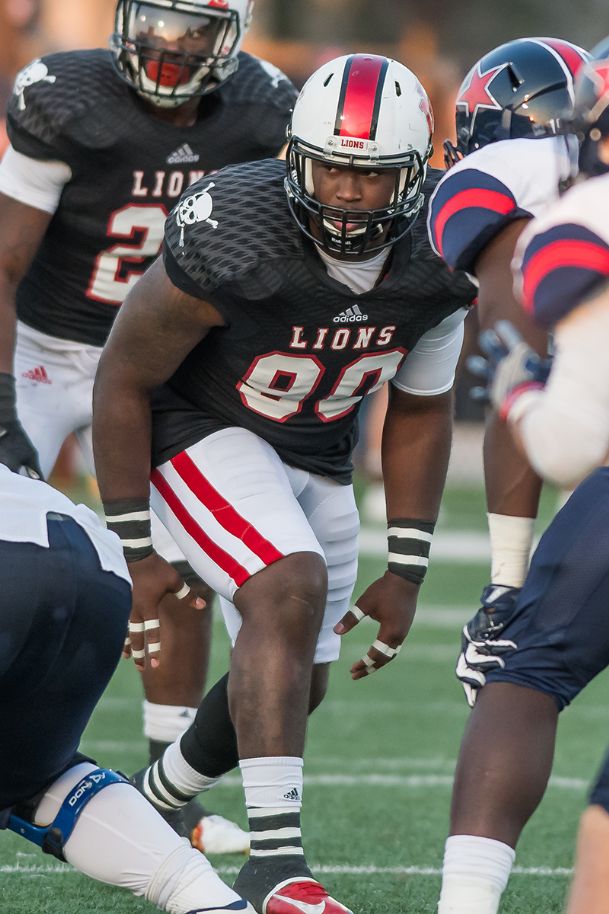 For 15 Mississippi State football players -- those beginnings were junior colleges in the Magnolia State.

In Mississippi, the on-field product is as prominent as any in the country. Since 1956, Mississippi junior colleges have won 13 NJCAA national titles -- including six in the last eight years.

With a backyard flush with talent, these schools have helped comprise major portions of MSU rosters over the past 20 years.

And as his predecessors have done, coach Joe Moorhead continues to hone the fertile recruiting soil throughout the state.

"I had limited amounts of experience recruiting junior colleges prior to coming to Mississippi State," Moorhead said at MSU media day. "I think it's an invaluable resource for us."

'The football is pretty dang good'

Of the 15 schools in the Mississippi Association of Community and Junior Colleges, few have had as great an impact on MSU as Copiah-Lincoln Community College in Wesson.

Guided by former Jackie Sherrill assistant Glenn Davis, the Wolves have become a pipeline of sorts for the Bulldogs.

"We've had kids go a lot of places and we have had a lot of kids go to Mississippi State," Davis told The Dispatch. "I think just because of the relationships I've had there and that I've had in the state (it's) kind of natural because of that."

Beyond the impact in Starkville, Davis offers a refreshing perspective on the junior college system in Mississippi as a whole.

The longest consecutively tenured JUCO coach in the state, his previous stops include a four-year spell as offensive coordinator at South Natchez High School, a three-year stint as a wide receivers coach at Holmes Community College and two separate gigs at MSU as a graduate assistant and running backs coach.

Further, during his seven years on Sherrill's staff, Davis was tasked with recruiting the junior college ranks in addition to regional responsibilities.

"I think the big thing I can say about the junior college coaches at that time is they gave us an honest opinion of the kid -- what kind of kid he was" he said of Mississippi JUCOs. "I remember going off to Kansas, California and Arizona and I think we took some kids out there that we weren't able to learn enough about and we weren't given an honest opinion of those kids."

Having seen the changes of junior college football in Mississippi unfold firsthand over the past three decades, Davis remains steadfast in his belief in the state's football infrastructure.

"It's like anywhere, years are better than others but for the most part the football is pretty dang good," he said. "Kids benefit from it because they get a chance to play their way up to a better offer where they might not have had as much exposure for one reason or another. I think the competition they play against in our league is a big factor for them and I think college coaches recognize that too."

For senior defensive end Chauncey Rivers, EMCC offered a second chance. To senior offensive lineman Tyre Phillips, it was an opportunity to grow. In all, the junior college experience placed both at MSU.

"It prepared me a lot for already knowing what the SEC is like," Rivers told The Dispatch. "When I first came here there was no learning curve. I was already adapted so I could step in."

Following his third marijuana-related arrest in seven months, Rivers was kicked off the team at Georgia in May 2016. Searching for a new home, he found one at EMCC. In one season with the Lions he totaled 45 tackles, eight sacks and one forced fumble in 12 games.

"It's a lot of competition in Mississippi," Rivers said. "There's a lot of athletes that you don't even realize are there."

As for Phillips, he sought a chance to diversify his skillset after coming out of a power-I based scheme at Grenada High School.

Playing opposite Rivers on the offensive line, he developed into the top junior college guard in the country, per 247Sports.com.

"I learned how to pass protect at East Mississippi," Phillips said. "I came out of high school at Grenada and I'd say we passed the ball like five times throughout the whole season."

Though Phillips and Rivers' stories are a small sampling of the varying effects of junior college football, the lessons and pride acquired at the small schools scattered across Mississippi persist in Starkville amongst MSU's junior college products and reflect the blue-collar nature the school recruits for.

"The kids that come here come here for a reason," associate head coach Tony Hughes said. "They come here with a chip on their shoulder. They come here because of work ethic and toughness and it's a different environment than a lot of other schools like us."

'We all know where we come from'

At present, MSU continues to reap the benefits of the in-state junior college system.

Looking toward the future, Moorhead received pledges from four junior college players in the 2019 class while eight of the 23 commits in the 2020 class come from in-state junior colleges.

And though each player past and present spent time in the JUCO ranks for varying reasons, they remain central to the vision and roster Moorhead has created in Starkville.

"We all know where we come from," Landrews told The Dispatch. "Junior college is way different than being here at Mississippi State and it just humbled us and being able to see each other every day and where we come from is a blessing."