Getting to know the Kansas State Wildcats 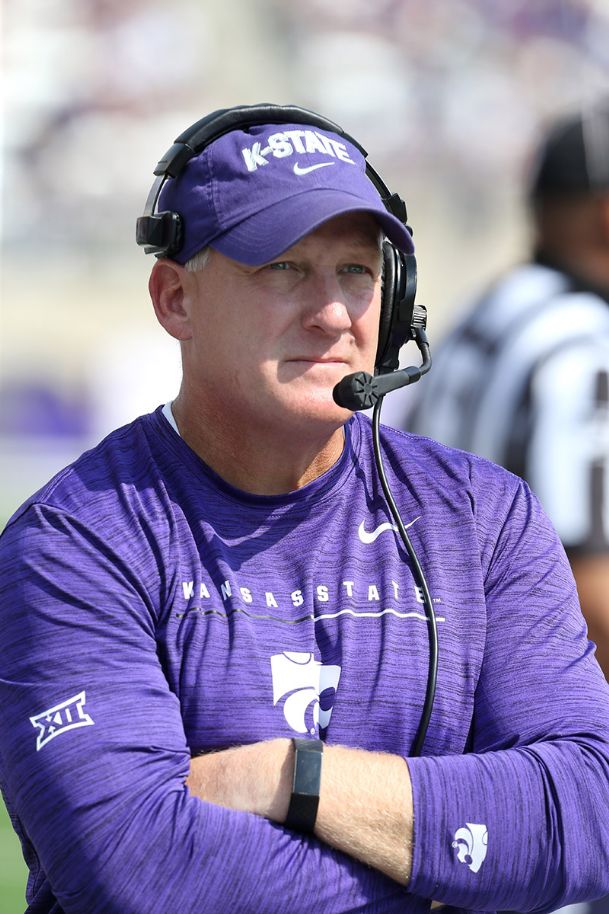 The interview has been edited for length and clarity.

Q: Earlier this week, MSU coach Joe Moorhead called Chris Klieman one of the best coaches in the country at any level. I asked Moorhead Monday what he thought the biggest difference between a Kleman coached team and a Bill Snyder coached team are, and to sum up, he said Klieman won't try and trick you a bunch or create a bunch of diversion schematically in any of the phases. Having said that, what's been your first impression of him through spring ball and in the first two games?

A: Given that I only got to cover a year and a half of Snyder, I certainly won't say I know more than Joe Moorhead does, but what we've seen through two games includes Klieman and offensive coordinator Courtney Messingham showing a ton of different looks. They do what they call hockey substitutions. On the first drive of the season, they had 20 players sub in throughout the series at different positions. On the flip side with Snyder, they were very straight forward. Unfortunately, I think most of the fan base would tell you the plays would be a little too predictable, but I don't think they'd say that about Klieman.

Q: The first two games have gone very well for the Wildcats, with 49-14 and 52-0 wins over Nicholls State and Bowling Green, respectively. Could you have envisioned KSU outscoring those two teams 101-14 at the start of the season?

A: I think you always assume it's a possibility. There's a reason you schedule two games like that to start the year. I will say this, and the results bear this out, I thought the Nicholls State game would be tougher than Bowling Green because I thought upper class FCS teams are usually more of a challenge than a bottom-feeding FBS team like Bowling Green has been recently. And Nicholls went into Lawrence last year and knocked off Kansas. I know the Jayhawks just lost to Coastal Carolina, but Nicholls was familiar with coming into a Big 12 atmosphere and knocking that team off. Now having said that, I think anyone that said they thought Kansas State would look as dominant as it has would be lying. Kansas State really struggled to score last year and the Wildcats have already scored 14 touchdowns in two games. It took them six games to reach that number last year.

Q: KSU is close to the top in the nation in rushing thanks to graduate transfer running backs James Gilbert and Jordon Brown. What have you seen from the running game so far this season?

A: Gilbert is much more a run between the tackles guy, whereas Brown could play wide receiver full time if they wanted him to do it. He has really good hands. But besides them, this team has cycled in a lot of different guys. Klieman said he wanted to get a lot of freshmen in there and do something, and to his credit that's been the case. Now, I wouldn't envision the freshmen playing a whole lot against Mississippi State, but Gilbert and Brown have both been great additions for Kansas State.

Q: On the flip side, the defense is eighth in the nation in total defense by allowing seven points per game. Has Klieman addressed how they're going to attempt to stop MSU running back Kylin Hill?

A: Klieman said (Tuesday) Hill is a phenomenal watch on tape and they know eyes have to be eyes on him at all times. He didn't exactly give us a specific game plan obviously, but they know what Hill is capable of because they played him last year and he torched them. It's kind of funny, a lot of the narrative leading into last year's game was around former MSU quarterback Nick Fitzgerald because he missed the season opener. But when Hill came to Manhattan and dominated K-State last year, he really opened people's eyes.

Q: Has former Kansas State turned Mississippi State wideout Isaiah Zuber's name been brought up at all this week in the KSU media world?

A: Of course. Immediately after Saturday's game against Bowling Green, we talked to some of the receivers and the one thing that really stands out today, there doesn't seem to be any animosity from the Kansas State side. They want to beat him because he's an opponent of course, but there's no bad blood here. If you had a bitter parting, you wouldn't be still in contact with him as some of the guys are in a group text.

Q: Last year in Manhattan, MSU completely cleaned KSU's clock. Obviously these are two different teams, but what do you think the key to a Kansas State win will be?

A: If Kansas State can't control the line of scrimmage, it's going to be another long day. I don't think on paper the MSU defensive line is as good as it was last year or if the quarterback play will be as good. Now, it'll be the first time Kansas State goes on the road this year, so now we're going to see how this system adapts to going on the road and the hostile environment. The one sign of concern, the defensive line has had little to no success getting any pressure on opposing quarterbacks. I don't think that will cut it Saturday.