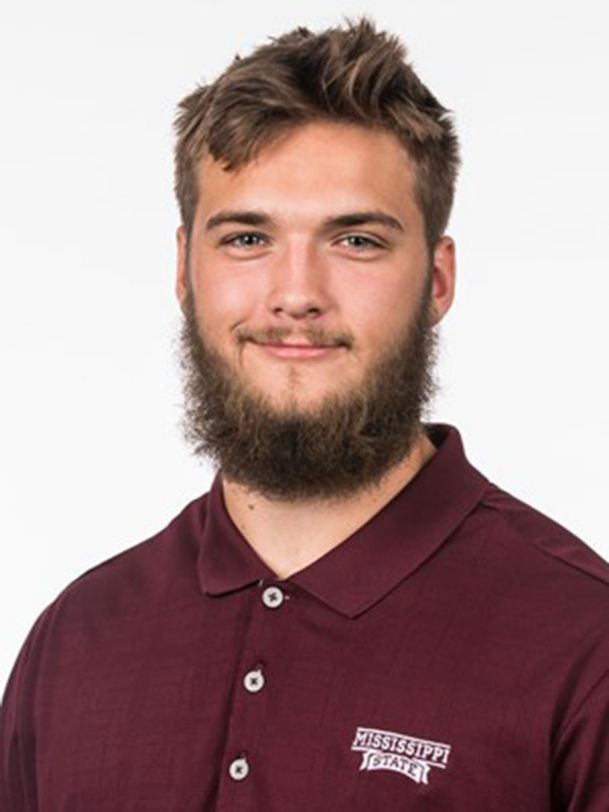 AUBURN, Ala. -- While Mississippi State freshman quarterback Garrett Shrader's gritty play and high-flying antics have earned praise and notoriety nationwide over the past few weeks, his second quarter dive Saturday cost him the ball and with it MSU's feigning chance at an upset over No. 7 Auburn.

Trailing 35-9 with the ball at the Tiger 8-yard line, Shrader took the snap, sprinted to his right and made a last ditch leap to avoid contact at his knees.

Colliding with the vaunted Auburn defense, the ball popped out and was scooped up by Tiger defensive back Jeremiah Dinson.

"That hurt," Shrader conceded of coughing up the football postgame.

And though his effort on the play wasn't faulted, it was a staunch reminder of Shrader's youthful naivety.

Sans an interception against Kentucky and an ill-advised run-pass-option toss that nearly left junior tight end Dontae Jones in a coffin, the Charlotte native has shown a maturity beyond his years in his now four games of action.

But Saturday was different.

Facing one of the nation's stiffest defenses in his first career collegiate road game, Shrader twice missed a streaking Stephen Guidry on overthrows that were assuredly touchdowns should he have added a touch of of air under the tosses.

He also overshot Deddrick Thomas midway through the fourth quarter on a corner route that likely would have resulted in a 20-plus yard gain.

Asked postgame what he saw on the throws to Guidry, Shrader shouldered the blame.

"He was there; I just missed," he said through a sigh. "It came out a lot harder than I thought it did. Not enough air, not enough touch...That's just a play you've got to capitalize on."

But for all the inconsistencies, there were plenty of positives to glean.

Trailing by 40 in the waning minutes of the fourth quarter, he hit JaVonta Payton for a 30-yard completion before striding into the Auburn end zone for a seven-yard rushing score for the final touchdown of the night.

"We came in at halftime and said, 'Hey, we ain't looking at the score. What I want to see is us maintain composure, and I want us to compete for 30 more minutes,'" coach Joe Moorhead said in reference to a question on Shrader's last-ditch effort. "And I think we did that down to the last whistle."

In all, Shrader finished the night 12 of 23 for 209 yards and two touchdowns and added another 89 yards and a touchdown on 16 rushing attempts.

"I think you're really seeing the potential and promise of Shrader," Moorhead added.

With Tommy Stevens leaving his third game in four outings due to injury combined with Shrader's recent success, the MSU quarterback room is decidedly unsettled.

One complicating factor is Shrader has now participated in four games this season, meaning if he makes another appearance he will not be eligible for a redshirt. That said, Moorhead has been staunch in that he will play personnel who can help the team win.

Moorhead has also long spoke on his affinity for Shrader dating back to his days at Penn State. And while Saturday offered a handful of glimpses at the issues a freshman quarterback endures, Shrader is proving the future may be now in Starkville.

"I think he played a solid game once again," Moorhead said. "He made a couple freshman mistakes there down on the goal line not tucking it high and tight, overthrew a couple guys who were dropped out of a helicopter, screaming open down the field, but that's going to happen sometimes with a freshman.

I think his game and his performance is something for people to look forward to because he's going to be a special player."

1. Ben's burning questions: Who Mississippi State could add to its schedule, a September Egg Bowl and more LOCAL COLUMNS