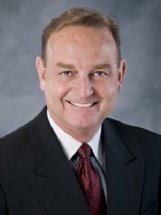 Schaefer, who is now in his eighth season in Starkville, became the second-fastest coach in SEC history to accomplish the feat.

"It's really hard for me to believe to be honest with you," he told The Dispatch Monday. "I didn't have any idea I was in this position until a few days ago. It takes so many to make something like that happen and I've had so many great players."

"And of course Johnnie (Harris) has been by my side for all of them, Maryann (Baker) -- they've been there throughout it all. Dionnah (Jackson-Durrett) and Elena (Lovato) have been there for a lot of them too. So I'm just so appreciative of them."

While Schaefer celebrated the accomplishment in the locker room postgame, Monday's contest was anything but simple.

Battling a scrappy Golden Eagles team under the guidance of first-year coach Megan Duffy, Marquette (4-2) gave MSU (6-0) all it could handle in the Bulldogs' second road game of the season.

After leading by just one at halftime, Schaefer said his squad made some adjustments during the break in an attempt to curb the nine second-chance points Marquette notched in the first half. Riding a defense that continues to find its form, the Bulldogs allowed just two second-chance points in the game's final 20 minutes.

"We've got a long way to go," Schaefer said of his team's defense. "We've got to be smarter."

Offensively, senior guard Jordan Danberry iced the game with four-straight free throws in the final 32 seconds after freshman forward Rickea Jackson put the Bulldogs ahead by five with under 1:30 left off a two-point bucket.

"Those kids have to make those plays," Schaefer said. "Jordan's a senior and she's got to be at the line and Rickea -- she's got to to do that, that's the bottom line."

Danberry led all scorers with 20 points on the night, while sophomore center Jessika Carter finished with 14 points and 21 rebounds.

MSU next travels to Victoria, British Columbia for the Greater Victoria Invitational. The Bulldogs will first face San Francisco at 3:30 p.m. Thursday. With a win, they would play either Bowling Green or Green Bay, while a finals matchup against No. 18 Syracuse or No. 3 Stanford could loom after that.