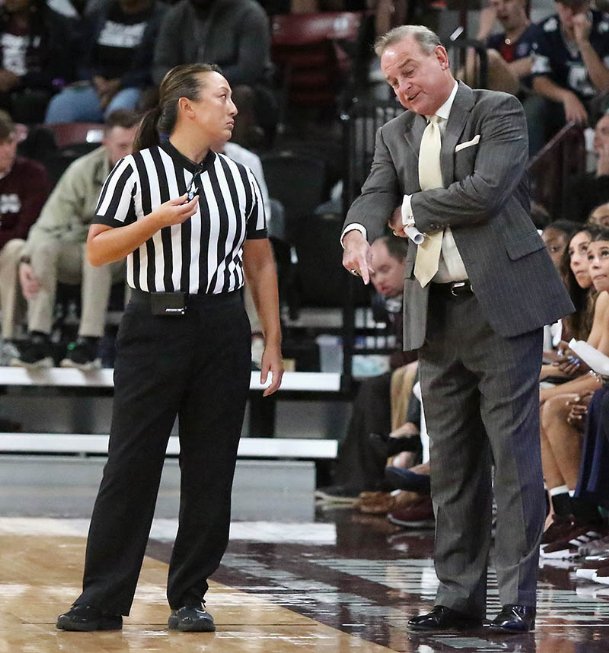 STARKVILLE -- It's been a trying month for Mississippi State coach Vic Schaefer.

Needing to replace three starters -- including No. 3 overall WNBA draft pick Teaira McCowan -- Schaefer welcomed six newcomers to Starkville this season. And while the Bulldogs sit at 8-1 with their lone loss coming to No. 1 Stanford, the eighth-year head coach remains perturbed with his young squad's attention to detail.

"I think the biggest thing right now is we're just a very immature, young team," he said. "And that immaturity is spread out throughout things like being places on time. When you're gone for a week and you have places to be, things to do, being on time is important. We've got issues with that. That's just a discipline thing."

Speaking with the media Wednesday, Schaefer was relatively upbeat after his team finished second in the Greater Victoria Shootout with wins over San Francisco and Wisconsin-Green Bay. But as he concluded his press conference, he sifted through a list of "little things" he wanted fixed.

"Not to air out our laundry, but those are the things to me in coaching that I've found hurt you down the line in games," Schaefer said. "If you're not disciplined enough to sign my door like you're supposed to, being on time, we lost something on the trip -- we lost an item that we don't need to be losing on the trip -- you can go on and on and I've got a whole list here. Those are things to me that are big deals that a lot of places aren't. Some coaches don't care about that stuff. I do."

For Schaefer, little things have become a preaching point throughout this season. Following MSU's 40-point win over Troy Nov. 18, he maligned his team in a now-infamous postgame presser for being late to shootaround.

That said, Schaefer is a noted student of detail. He is, of course, the same coach who spends nearly two or three minutes at every postgame press conference scribbling on the box score what he liked and didn't like before offering his opening statement.

"I just think those are the things that are important, especially with young kids trying to develop toughness, discipline -- those things that to me in a game for us that we've always had," Schaefer said.

And while Schaefer has been publically annoyed with his team's immaturity, the Bulldogs remains among the nation's elite. Entering the week, MSU sat at No. 10 in the latest Associated Press top 25 poll -- behind just No. 6 South Carolina out of the Southeastern Conference.

Further, MSU has already racked up a non-conference road win at Marquette and will look for another marquee win over West Virginia Sunday at home.

The Mountaineers -- who have been in and out of the AP poll all year -- enter the matchup at 5-1, and also boast former MSU commit Esmery Martinez as the team's third-leading scorer.

And whether MSU pulls out a victory against West Virginia or not, it will be the minute details that Schaefer will continue to key in on.

"These are just all things that we're teaching our young, immature team right now," Schaefer said of the inattention to detail. "They're great kids -- I love them to death. I love coaching them. I love the challenge of them. But these are things that we're addressing right now which is nothing unusual."