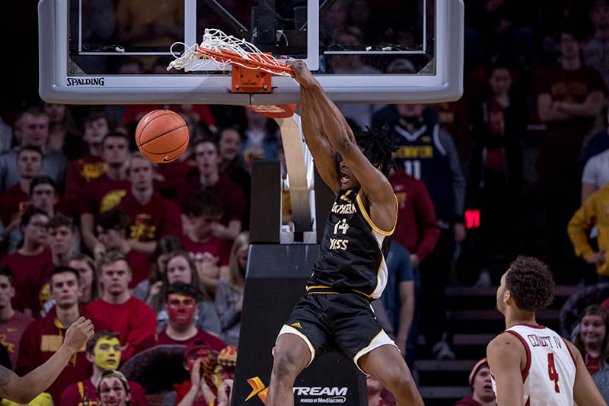 HATTIESBURG -- Before Tyler Stevenson sank the first of two free throws to win Saturday's game for Southern Miss, he cast a glance to the sideline, looking for the coach who brought him to Hattiesburg.

Assistant coach Clarence Weatherspoon knew what to do. He told the typically "hyper" Stevenson to relax.

"I just needed to calm down and just know that I could make free throws, because I knew I could just sink them," Stevenson said.

The former New Hope standout faced the basket, ignoring some trash talk from a Southern Illinois player trying to get into his head.

"'Ah, he just missed his first two, he's not gonna make these two,'" Stevenson recalled. "That gave me a little confidence."

Calm and confident, Stevenson's first free throw was nothing but net. His second rattled home. Stevenson had tied his career high of 15 points, and less than 30 seconds later, Southern Miss had its first Division I win of the season, a 17-point comeback win over the Salukis at Reed Green Coliseum.

"It feels good that I can help my team win," Stevenson said.

After playing sparingly as a walk-on last year, Stevenson has taken on a bigger role for Southern Miss in his sophomore season. Saturday was just his third career start, but he averages 9.8 points and 4.6 rebounds per game despite playing less than 20 minutes per contest. And back home in the Golden Triangle, his maturation isn't going unnoticed.

"It's always a reward as a coach to be able to see your former players succeed," New Hope head coach Drew McBrayer said.

McBrayer got to see Stevenson play on TV in the Battle 4 Atlantis tournament in the Bahamas in late November; he's either watched or listened to every Southern Miss game this season.

And Stevenson is just as connected to his old teammates. Over the Trojans' fall break, Stevenson came back to the New Hope gym. Players still ask him for advice -- a couple Trojans inquired how to bounce back from poor shooting nights.

"I told them we all have them," Stevenson said. "I have them; everybody has them. You've just gotta stay in the gym and stay locked in."

That mentality got Stevenson noticed this summer during the Eagles' offseason workouts. First-year head coach Jay Ladner, cognizant of the work Stevenson had been putting in, rewarded him with a scholarship.

"Whatever Coach tells me to do, I'm gonna do it, and I'm gonna do it to the best of my ability," Stevenson said. "Just go hard and give it everything I've got so I can help the team."

On Saturday, he did just that, making all five of his shots and hitting five of seven shots from the line, including the clinching two.

And he played the end of the game with four fouls, picking up the third and fourth in a six-second span just over two minutes into the period. Ladner put Stevenson back in with 5:55 to go, and Stevenson avoided fouling out.

It was a much-needed win for a struggling Southern Miss team, which is off to a 3-7 start to the season. The Eagles have three more games -- including a Dec. 16 contest with Texas Tech -- before Stevenson gets a few days off for Christmas, and he knows where he's going to spend them: Back in the New Hope gym, spending time with former teammates and influencing younger players. After all, McBrayer said, Stevenson's influence is still felt at New Hope.

"It's still fresh in their mind there," McBrayer said.