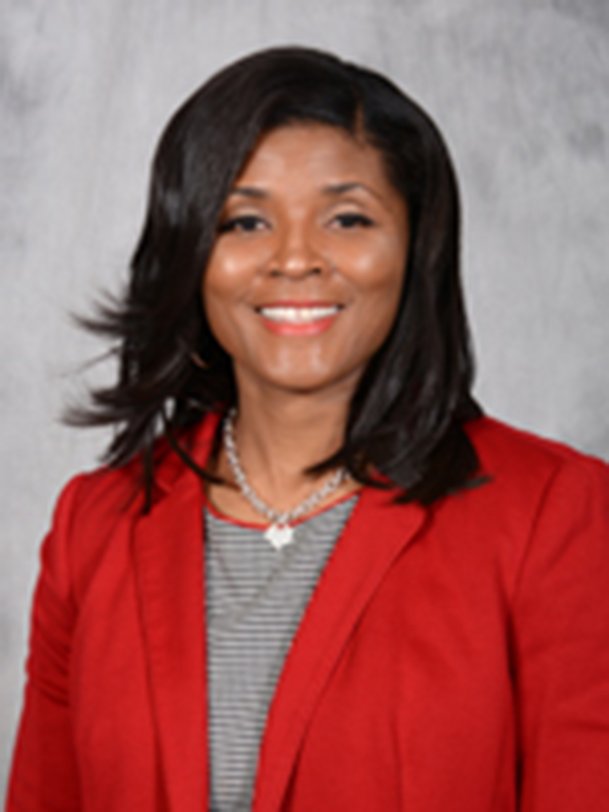 Over the past few years, East Mississippi Community College women's basketball coach Sharon Thompson had started thinking it might be time for a change.

Thompson, in her 19th season at EMCC and her 15th year as the Lions' head coach, has been with the school since the end of a brief professional playing career that took her to California and Italy.

"This has been my only job," the former women's basketball star at Mississippi State pointed out.

Recently, though, Thompson met with EMCC President Scott Alsobrooks to discuss next steps. At some point, Thompson said, she wanted to enter an administrative role at EMCC.

"She had herself prepared educationally and professionally to make that transition," Alsobrooks said.

That preparation turned out to be a good thing. Mickey Stokes, the Lions' athletic director and the vice president of EMCC's Scooba campus, moved on to Coastal Alabama Community College after 34 years at EMCC, starting Monday as dean of operations in Bay Minette, Alabama.

With EMCC in need of a new athletic director, Alsobrooks found a fit in his most senior coach. Late Friday, on Stokes' final day, he made the final determination: Thompson would fill that role. She was officially announced as the Lions' athletic director Monday.

"When the time came -- you never know when it may come -- she was prepared, and the institution's ready for her," Alsobrooks said. "It was good timing."

Though she now has what she called two full-time jobs, Thompson isn't ready to give up her coaching position just yet, saying she will continue to coach the 12-2 Lions for the time being. But soon, she said, that will no longer be the case.

"Eventually, I think it's gonna bring about change with me transitioning just into the AD's role and us having to hire a women's basketball coach," Thompson said.

Thompson has compiled a record of 179-170 in her 14-plus years at the helm, winning three MACJC North titles and an NJCAA Region 23 championship in her tenure. Hiring a new coach would mean quite the adjustment for the Lions, but Thompson might be just the person for the job.

She has plenty of experience in mentoring coaches, whether it's younger coaches at EMCC or other Mississippi junior college coaches, who call often for advice on rules, recruiting and more.

"She's a good example to other coaches around the state," Alsobrooks said. "She's very well respected around the state of Mississippi amongst her peers and other colleagues."

And she will be expected to be a good role model for EMCC's student-athletes -- no matter what their next step is.

Thompson had a similar view, saying the community college system is all about customer service. It's what she intends to bring to her new role.

Upon EMCC's official announcement Monday, Thompson was overwhelmed by responses from well-wishers -- she said it would take a couple of weeks to personally reply to each of them. The onslaught of congratulations and kind words encouraged her, too.

"Some of the stuff that people are saying about me, it lets me know that I'm doing things the right way and to keep doing what I'm doing," Thompson said.

After so many years spent in Scooba, she's also happy she gets to stay in the same place.

Alsobrooks, who saw Thompson's excitement when she learned of her new position, expressed his satisfaction with the choice.

"We're extremely excited to have Sharon leading our athletic programs and guiding us," he said. "She's a Mississippi State legend. ... As far as athletically, she has made it as high as you can go as a student and professional athlete. As an educator, she's done everything right and prepared herself for this role. We're extremely happy that Sharon's our athletic director. We know that she'll do a wonderful job with our institution and our students."

Former EMCC offensive coordinator Marcus Wood will help oversee the Lions' athletics programs, as he helps Thompson take on some of the duties vacated by Stokes.

EMCC Dean of Student Affairs Tony Montgomery also saw his role change. Montgomery will take on some of Stokes' duties as vice president of the Scooba campus.