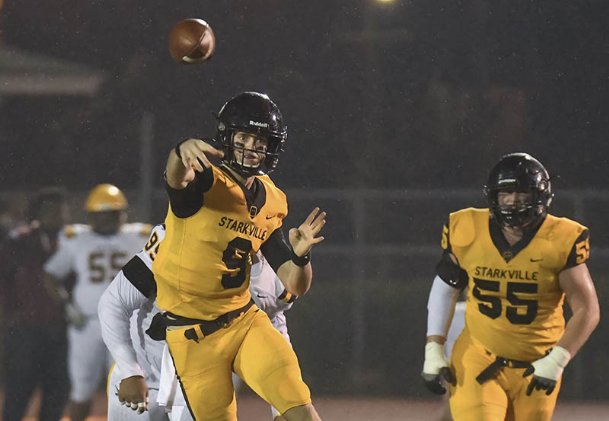 Starkville quarterback Luke Altmyer (9) throws a pass over the middle during a football game earlier this season. Photo by: Austin Frayser/Dispatch file photo

A three-star recruit and the No. 397 player in 247Sports.com's national rankings, Altmyer committed to coach Mike Norvell and Florida State Monday morning via Twitter.

Norvell, who was formally announced as the new head coach at FSU Dec. 7, previously recruited the Starkville signal-caller during his time at Memphis -- most notably visiting SHS on a helicopter during the Yellow Jackets' 24-20 win over South Panola Sept. 27.

Altmyer completed 251 of his 374 passes for 3,093 yards and 37 touchdowns to just five interceptions as a junior -- helping Starkville to the Mississippi High School Activities Association 6A semifinals.