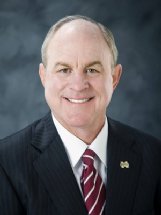 The visiting Bulldogs (19-11, 10-7 SEC) were dealt a 83-71 loss by the Gamecocks (18-12, 10-7) Tuesday in Columbia, one that may be detrimental to their NCAA tournament at-large consideration. It was the team's last chance to add a quadrant one victory in the regular season. MSU will enter its finale against Ole Miss desperate for a victory, and will likely need to make a big run in the Southeastern Conference tournament to make its second straight NCAA tournament.

Looking bigger picture, the Bulldogs can earn a double-bye in the SEC tournament by beating Ole Miss Saturday along with Florida losing one of two of its remaining games (on the road at Georgia Wednesday, at home against Kentucky Saturday).

South Carolina controlled the tempo from the start, commanding a 20-0 run that eventually turned into a 26-2 run, giving the Gamecocks a 31-13 lead. The Bulldogs cut the deficit to 40-38 at halftime courtesy of a 27-7 run in the final nine minutes.

"All we did was foul and get out of the way and let them dunk ... It was embarrassing," South Carolina coach Frank Martin told the SEC Network at halftime.

With the loss, the Bulldogs fall to 5-10 this season when trailing at halftime.

MSU sophomore forward Reggie Perry got into foul trouble early in the second half, picking up his fourth foul at the 16:53 mark. Playing on four fouls for the final 12 minutes, Perry finished with his SEC-leading 16th double-double with 17 points and 16 rebounds.

Despite trailing 63-53 with 7:11 remaining, the Bulldogs trimmed the South Carolina advantage to four points with 4:39 left, thanks to the shooting effort of senior Tyson Carter.

Carter delivered his fourth straight 15-plus point performance, scoring 24 points on a 7 of 10 shooting effort, including 4-of-5 from beyond the arc.

Alas, the Gamecocks outscored the Bulldogs 17-9 down the stretch to pull out the victory. MSU shot only 39 percent from the floor and 5-of-14 from long range. The Bulldogs really only hung around by making 22 of 27 free throws. On the flipside, South Carolina shot 48 percent on the night.

"We defended a lot better in the second half," Martin said after the game. "We made jump shots. When you make jump shots, you have a chance to win."

MSU is back in action in its regular season finale against Ole Miss at 5:30 p.m. Saturday at Humphrey Coliseum.