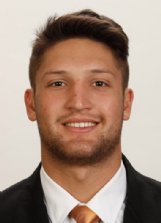 "With my remaining 3 years of eligibility I will be continuing my athletic and academic career at Mississippi State University," he wrote. "Thank you Coach Leach Coach (Eric) Mele, and the entire Mississippi State staff for the opportunity. Cannot wait to represent the great state of Mississippi down in StarkVegas, time to get to work."

A former three-star recruit in the class of 2018, Walters completed two of nine passes for 36 yards in three games for the Commodores.

He's expected to join the Bulldogs as a walk-on and sit out this season due to NCAA transfer rules.

In addition to Walters, MSU heads into the summer with five scholarship quarterbacks on its roster. Stanford graduate transfer KJ Costello is the expected front-runner for the starting job in coach Mike Leach's first year at the helm, though sophomore Garrett Shrader and junior Keytaon Thompson could be in the mix.