Nikki McCray-Penson's identity at Mississippi State will be layered, but her expectations are clear 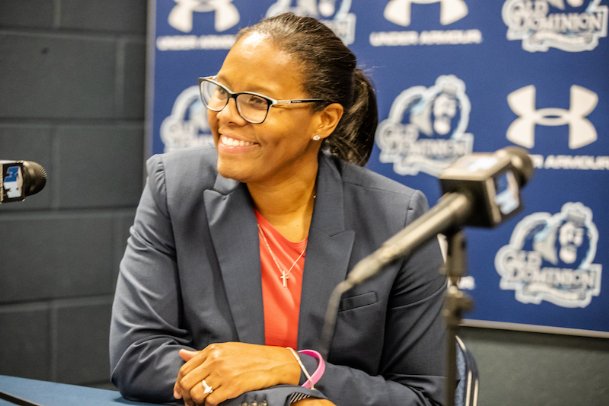 STARKVILLE -- Nikki McCray-Penson isn't shying away from expectations. Then again, why would she?

As a player, McCray-Penson twice earned SEC Player of the Year honors under Pat Summitt at Tennessee. She was a three-time WNBA All-Star and won gold medals at the 1996 and 2000 Olympic games with Team USA.

Jumping into her coaching career in 2006, success followed. As an assistant at Western Kentucky, the Hilltopers won the 2008 Sun Belt Tournament title and reached the semifinals of the 2007 WNIT. A nine-year run at South Carolina under Dawn Staley brought the Gamecocks four SEC regular-season titles, three conference tournament championships and the 2017 national title as well.

Finally, in her first head coaching job at Old Dominion, McCray-Penson breathed life into a program that had looked lifeless since legendary coach Wendy Larry left in 2011 -- guiding the Monarchs to a 13-win turnaround in 2019 before winning the Conference USA regular season title this past year.

But now at Mississippi State -- a school that has reached two national title games and one Elite Eight over the past four years -- McCray-Penson isn't settling for her past success. Rather, she's embracing the future challenge of greatness.

"We talked to many in this industry," MSU Athletic Director John Cohen said in his opening statement. "Everyone said the same thing -- there was incredibly high praise for Nikki's competitiveness, her personality, her ability to recruit, her attention to detail and her ability to break down the game of basketball."

Speaking with the media via teleconference on Tuesday, McCray-Penson was introduced as the eighth head women's basketball coach in school history. And while the over-30-minute session was littered with questions on assistant coaching hires and next moves in recruiting, the former Tennessee standout's answers on team identity and future success offered a glimpse into MSU's newest bench boss.

For McCray-Penson, her team's identity will be layered with influences. Stops under Summitt, Staley, former WKU head coach Mary Taylor Cowles and current Georgia Tech head coach Nell Fortner, among others, have given her varying systems and ideas to forge her own path.

She also noted the dribble-drive offense Vic Schaefer pioneered during his eight years in Starkville has its own influences in her team's play.

But for all the outside ideas McCray-Penson has endured in her over three decades in the game, she wants her teams to mimic her own playing style, one that boils down to three words: fast, pressure and hard-working.

As a player at Tennessee, her transition took time. McCray-Penson would frequently show up late to team activities. Summitt was fed up. Even McCray-Penson's mother, Sally Coleman, got involved. But when it clicked, it clicked. She was an all-American her junior and senior year. Her aforementioned professional career followed. McCray-Penson developed a discipline and devotion to her craft that she hopes to instill in her players today.

"If you've ever seen me play, I did the little things, and I took a lot of pride in that," she said Tuesday. "If you've watched our team at Old Dominion, we were a team that's going to play very fast. We're going to put a lot of pressure on you. We're going to have an identity where we step out on the court, and teams are going to know that, but it's going to be a fun, exciting brand of basketball."

As for expectations, McCray-Penson was open about her vision. In a brief spiel, she lauded Schaefer for his elevation of the Bulldogs from SEC doormat to perennial Final Four contender. Now making the program her own, McCray-Penson inherits a team that should be a top-10 squad nationally entering the 2020-21 season -- whenever that may be given the ongoing COVID-19 crisis. But for the first-year head coach, two things are for certain based on Tuesday's teleconference: Her team's identity will mimic her own, and the sky-high expectations will be embraced.

"I took a really good blueprint from Tennessee, from South Carolina, and I took that to Old Dominion," McCray-Penson said. "I kind of shaped it the way it fits me and my personality, but I'm a competitor. In my DNA is winning championships. I want to be playing on the last day every season. That is a beautiful thing. I know what it feels like. I know what it tastes like, and it's a beautiful thing."