Ben's burning questions: What to make of this week's college football news and more 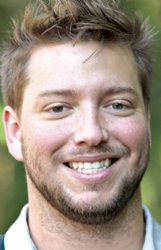 STARKVILLE -- For the first time since the COVID-19 pandemic began its rampant run across our shores, college football seems to be in legitimate danger of not being played this fall.

Like most of you, I'd like to be optimistic about what's around the corner, but with each passing day it becomes harder and harder to believe that Mike Leach's first season as the head coach at Mississippi State will go off without a hitch.

That said, let's dive into some burning questions from this week from around the ever-perplexing world of college football:

What's the timeline look like for decision-makers to have a final say on either a football season or fan attendance?

As I reported a couple weeks back, MSU Athletic Director John Cohen told The Dispatch the drop-dead deadline for any kind of fan-related decisions regarding this year's football season would have to be made somewhere around Aug. 1. But as case numbers continue to climb in Mississippi and across our nation, that may prove to be a moot point in the coming days.

Sports Illustrated's Ross Dellenger and Pat Forde reported Thursday that SEC athletic directors are slated to meet with conference commissioner Greg Sankey next Monday to discuss college football scheduling. And while no major decisions are expected to come out of that meeting, the sport is nearing a day of reckoning.

In the past week, the Pac-12 and Big Ten announced it would only play conference schedules this season. The SEC is expected to wait as long as humanly possible to make any kinds of decisions on this front, but the first dominos have fallen.

As of this writing, Mississippi State's season opener against New Mexico is just 54 days away and the Bulldogs are still in the midst of voluntary in-person workouts. So far, just five players have tested positive for the coronavirus and numbers in Oktibbeha County remain relatively stable -- 619 total cases through July 11 according to the Mississippi Department of Health. But whether things stay on track in Starkville likely has little bearing on what folks on the conference or national level will ultimately decide.

Sunday, Florida reported more than 15,000 new cases of the coronavirus, marking the highest single-day total for any state to date. More locally, numbers in Mississippi have steadily increased over the past few months.

The coronavirus has college football running on fumes. It's time we begin grappling with the fact there may not be any pigskin playing endeavors this fall.

If the only option is conference play, or games need to be replaced, who could MSU face?

Now that we've addressed the doomsday scenario, let's break down the possible alternatives that exist should games get canceled as a result of ongoing scheduling changes across the sport.

MSU's schedule hasn't been affected thus far, but if it is, there are a couple avenues to fill potentially canceled games.

First, and perhaps most obvious, administrators could choose not to fill any lost games or play just an SEC slate. This would be the simplest solution, but given the craving for football amongst the fanbase, it's likely those in power choose to look for another opponent.

The idea for SEC teams with geographic counterparts in the ACC, a la Georgia-Georgia Tech and Florida-Florida State, has been floated around in recent days and makes some sense. Cutting cross-country travel to a bus ride a few hours down the road would help curb at least some risk associated with playing in the middle of the pandemic, though it's not a perfect solution.

This also doesn't account for schools like MSU who don't boast a logical counterpart in the ACC. However, administrators in Starkville could look toward some other in-state entities to fill games should the present schedule change.

MSU and Southern Mississippi have a long history of playing one another and aren't slated to do so again until 2023 after the two teams met this past season. Southern Miss' schedule is filled at the moment, but should it also need a new opponent, why not pair with their neighbors to the north?

Another possible fill in is Jackson State. The Bulldogs and Tigers have only met on the football field once -- an early season bout in 2009 -- but have a long history of playing in both baseball and basketball. Current bowl limitations only allow one victory against an FCS opponent to count toward bowl eligibility, but there's been some discussion the NCAA could bump this allotment to two games. If this were to happen, and it's a big if, it would behoove MSU to fill any potential vacancies with lower-tier competition.

Finally, how about an extra game against Ole Miss? The last and only time this happened was during the 1918 season -- a year marred by, yep, you guessed it, an influenza pandemic that brought the United States and college football to its knees. MSU won both games against its in-state rival that year by a combined score of 47-0 and the idea of seeing Lane Kiffin and Mike Leach face off more than once in a year is almost too good to be true. This, of course, almost certainly won't happen but a sports writer can dream, can't he?

Now that I've rambled for almost 1,000 words on hypothetical scheduling changes, the coronavirus and more, let's end things on a more light-hearted note. Each week I'll come up with a random top-five of things I enjoy, despise, or am wholly apathetic toward and list them for you here.

So to get things going, I'll start with my favorite Starkville restaurants since I moved below the Mason-Dixon line last March:

2. Ben's burning questions: What Mississippi State's new schedule forecasts, is a wave of transfers coming and how sportswriters would deal with no football this fall COLLEGE SPORTS