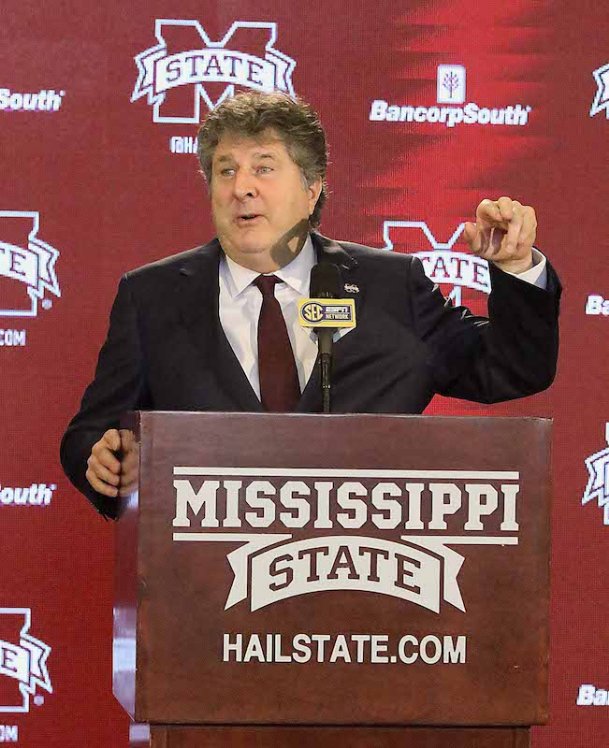 Though practices have been limited since Mike Leach arrived at Mississippi State in January, his teamsâ offensive outputs in his first seasons at Texas Tech and Washington State should offer optimism for players and fans alike. Photo by: Jim Lytle/Dispatch file photo

And while it remains to be seen whether medical issues force the season to be postponed or canceled for the umpteenth time this summer, we're at least hypothetically nearing a first look at coach Mike Leach's inaugural offense in Starkville.

Entering a year in which spring practices were washed out due to COVID-19 concerns, the lack of on-field practice time shouldn't cause as many install issues as might be consistent with first-year coaching staffs and their new programs.

For one, Leach's offense has long been lauded for its simplicity. Earlier this spring, former Washington State quarterback Connor Neville -- who transferred to East Mississippi Community College after the 2018 season and will next head to Northern Illinois -- explained how the system is built to develop players who might not be as highly recruited or as talented as what Leach will boast in Starkville.

"He knows how to use the not super-hyped guys and the two-stars and whatnot and create a positive environment and make a great team out of those guys," Neville told The Dispatch.

And though practices have been limited since Leach arrived at MSU, his teams' offensive outputs in his first seasons at Texas Tech and Washington State should offer optimism for players and fans alike.

Taking over a Washington State program that had won just nine games in four years under its previous regime, Leach's first Cougars squad finished in the top 12 in passing offense, total offense and scoring offense during the 2012 campaign while splitting time between senior quarterbacks Jeff Tuel and redshirt sophomore Connor Halliday.

More impressive, Leach notched a 7-6 season during his inaugural campaign at Texas Tech while riding the arm of then-sophomore quarterback Kliff Kingsbury. Now the head coach of the Arizona Cardinals, Kingsbury led the nation in completions and attempts and finished eighth nationally with a 61.9 completion percentage.

Now adapting to life in Starkville, Leach will inherit the most experienced quarterback he's ever worked with in his first season anywhere: Stanford graduate transfer K.J. Costello. Costello, who was a second team all-Pac-12 honoree in 2018, amassed 6,151 yards and 49 touchdowns in parts of three seasons for the Cardinal and heads into camp as the de facto starter this fall should football be played.

A disciple of a pro-style system at Stanford, Costello will of course have to make adjustments as he takes over under center for Leach's air raid offense. There's also the question of fitness given that Costello will be expected to throw the ball as 70 times per contest or more.

However, should he return to his 2018 form, the expectation is he could surpass most every major passing record in school history.

"In the end, it's the guy that moves the offense the best," Leach said of how he would sort through his quarterbacks back in February. "But one way to do that is if you can throw strikes, you make six positions good. We won't be pretending to have six positions producing out there on the field."

In short, the cupboard is far from bare in year one despite a staunch transition to the air raid from Joe Moorhead's RPO-based attack. And if past history proves anything, it's that Leach's offenses can be prolific from day one.

4. Inside the development of Mike Leach's viral bandwagon and the marketing team that brought it to life COLLEGE SPORTS