Analysis: How Mississippi State is hitting on under-the-radar prospects in the 2021 class 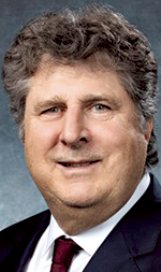 STARKVILLE -- Mississippi State is digging deep into the cupboard in its 2021 recruiting class.

While first year head coach Mike Leach's inaugural group is headlined by four-star quarterback Sawyer Robertson and a pair of four-star receivers in Theodore Knox and Malik Nabers, it's the bottom of the barrel that offers a deeper look at how MSU and other Power Five schools are having to recruit during the ongoing COVID-19 pandemic.

In the past two weeks, MSU received commitments from five prospects -- including low three-star Brendan Toles and unranked recruits Gabe Cavazos and Tre'von Marshall. And while Toles, Cavazos and Marshall lack the industry-generated hype of some of their future classmates, there's reason to believe in each.

Take Cavazos, for example. Prior to receiving an offer from MSU, his scholarship list included just South Alabama, Arkansas State, Memphis and Middle Tennessee State despite boasting a frame his coaches say measures in at 6-foot-5 and 292 pounds.

A career left tackle at the high school level, coaches at Lake Cormorant also expect him to line up in the backfield and at tight end this fall to take advantage of his 4.8 40-yard dash speed.

With the current NCAA-instituted dead period due to coronavirus concerns, Cavazos was unable to attend camps or visit any schools during the summer -- a circumstance Columbus High School head coach Joshua Pulphus, who game planned for Cavazos last year and saw his team beat Lake Cormorant in overtime, contends is part of the reason he's remained relatively under-the-radar.

While Cavazos garnered little notoriety outside of Mississippi before his commitment to MSU, Toles had previously pledged to Louisiana Tech in April and held offers from prolific Group of Five programs Tulane, UAB and Florida International.

With a speed that mimics or even surpasses that of former Lafayette standouts Tyler Williams -- who's entering his senior season at MSU -- and Brandon Turnage -- the No. 11 cornerback in class of 2019 according to 247Sports' composite rankings and a rising sophomore at Alabama -- coaches are high on Toles' upside.

"You know, Tyler Williams, there was never a ball that was thrown at him he felt like he couldn't go get," Lafayette head coach Michael Fair told The Dispatch. "Brandon Turnage, his ball skills and the way he can maneuver in the air and make plays on the ball was just awesome. Now you've got Brendan Toles, who's as fast or faster than both of those guys and can maybe make some mistakes but make up for it. His ball skills are improving daily, and he's got a really high ceiling."

Marshall is perhaps the most unknown of the trio given that he's a Georgia native and has spent two of his three years of high school playing in the Georgia Association of Private and Parochial Schools, a league composed almost entirely of small private schools. But like Cavazos and Toles, programs have begun to sniff around since his commitment to MSU -- including Indiana and San Diego State.

With MSU's class now up to 15 commitments, it's expected the Bulldogs could add another eight or nine players to this year's group. And though there's become a nagging narrative that the 2021 in-state crop is weaker than past years, MSU has proven it can find unheralded talent that won't show up on recruiting sites.

"When people call this year's class not as good, I call 'baloney,'" Pulphus said. "Because of the simple fact that by looking at 5A and from West Point, Lafayette, Grenada, Lake Cormorant, you've got plenty of hidden talent in those places. ....Just to say this year's a down year, you've just got to go out and work this year."