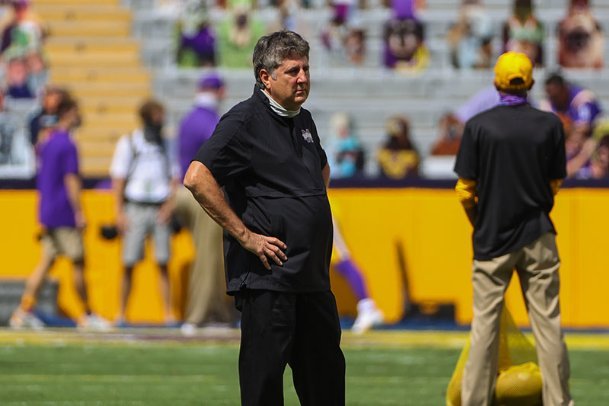 Shavers has been the lone contributor of the trio this year. A former Alabama transfer, the one-time top-100 recruit caught nine passes for 109 yards and one touchdown in four appearances this season. His highest output of the year came Week 1 against LSU, when he notched two catches for 68 yards and his lone score.

Lawson and Stewart arrived at MSU in the class of 2020. Lawson spent his freshman season at Florida State before spending the 2018 and 2019 seasons at Mississippi Gulf Coast Community College, while Stewart is a former three-star recruit out of Ft. Pierce, Florida.

With Wednesday's news, MSU has now had a total of six players leave the program in the past 48 hours. Tuesday, quarterback Jalen Mayden, reserve offensive Nick Pendley and former Michigan running back Kareem Walker all reportedly left the team.

"It's positive from the standpoint we have certain rules and expectations that we expect to be followed and if they're not, you're not going to be a part of the program, because we have to think about the whole team," Leach said Wednesday, "....We want to be a program that has certain expectations and rules that are best for everybody. Those that don't follow them won't be part of the program and that's a service we'll gladly continue to provide."

Multiple reports surfaced Tuesday that star running back and Columbus native Kylin Hill is expected to opt out of the 2020 season as well. According to a report from Sports Illustrated's Ross Dellenger, Hill was involved in an outburst following MSU's loss to Kentucky on Oct. 10.

A source with direct knowledge of the situation previously told The Dispatch that Hill was suspended for the Texas A&M game but it was unclear how long his shelving would last.

"I haven't talked to him," Leach said of Hill. "Heard he opted out and we wish him the best. We'll just try and focus on the guys that are on the team."

With MSU sitting at 1-3 on the season ahead of a Saturday contest at No. 2 Alabama, the first year head coach has seemingly begun the "purge" and he warned Wednesday that more departures may follow.

"I'd be surprised if we don't lose more," he continued. "If you're stunned or nervous, I mean, you better brace yourself because we might lose more."