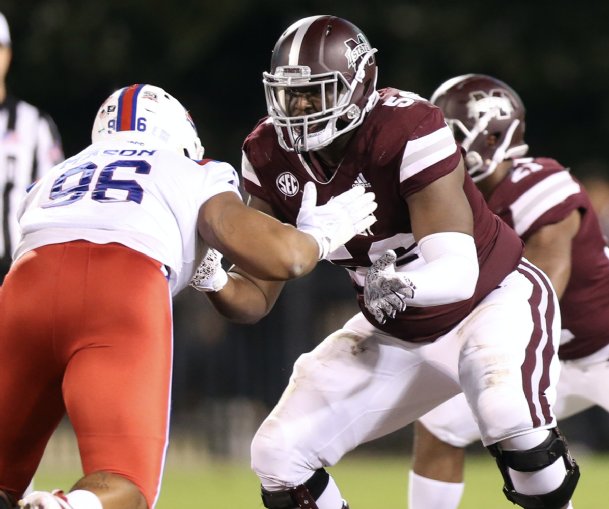 STARKVILLE -- Another Mississippi State draft decision has been made.

Bulldogs starting guard Dareuan Parker announced Sunday afternoon that he will forgo the extra year of eligibility the NCAA has afforded players amid the COVID-19 pandemic and will enter the 2021 NFL draft.

"First and foremost, I would like to thank God for giving me the ability to play the sport I love," Parker wrote on Twitter. "I would also like to thank my coaches and teammates for helping me become the football player I am today. To my mom and dad, thank you for your unconditional love and continued support. Lastly, to the greatest fans in the world, thank you for giving me the best college atmosphere and welcoming me to the Bulldog family. After much thought and prayers, I have decided to pursue my dream and enter my name in the NFL draft."

Parker was one of the few stalwarts along an MSU offensive line this fall that endured ample changeover and mismatching combinations. Having started all 10 games in 2020, he was named third-team All-SEC by Pro Football Focus for his efforts. Parker, a former three-star recruit out of DeSoto Central High School, he appeared in 46 games, starting 21, over his Bulldog career.

With his announcement Sunday, Parker becomes the fourth MSU player to enter their name into the NFL draft after senior linebacker Erroll Thompson and senior defensive ends Kobe Jones and Marquiss Spencer did so earlier this offseason.