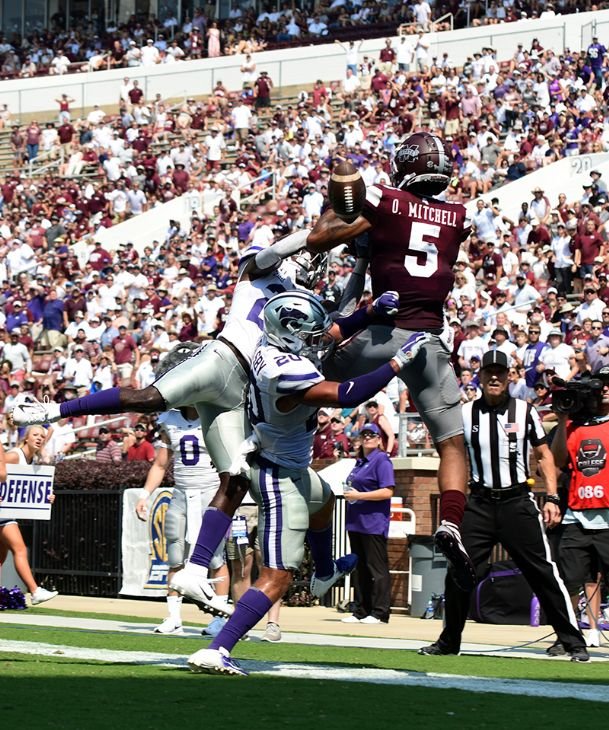 Mississippi State receiver Osirus Mitchell concludes his time in Starkville with 107 receptions for 1,413 yards and 14 touchdowns in parts of four seasons. Photo by: Jennifer Mosbrucker/Dispatch Staff

STARKVILLE -- Mississippi State is losing one more piece from its 2020 puzzle.

Senior wide receiver Osirus Mitchell announced Tuesday via Twitter that he will forgo the final year of eligibility afforded to him by the NCAA amid the COVID-19 pandemic to enter the NFL draft. Mitchell becomes the fifth MSU senior to enter the draft in addition to classmates guard Dareuan Parker, linebacker Erroll Thompson and defensive ends Kobe Jones and Marquiss Spencer.

"My time in Starkville has been filled with many great experiences that will hold a place in my heart forever," he wrote. "I want to thank my family and friends for all the love and constant support no matter the circumstances. Thank you to all of my coaches, trainers, and EQ staff. I was extremely fortunate to have you all believing in me and making me better both on and off the field. Thank you to the academic staff for helping me pursue my degree. Also, to my brothers, thank you for all of the memories shared and the relationships built that will last a lifetime...To Bulldog nation, thank you for making a kid from Sarasota, Florida feel welcomed and cherished!"

Mitchell concludes his MSU career with 107 receptions for 1,413 yards and 14 touchdowns in parts of four seasons in Starkville. After playing in five games as a freshman, he appeared in at least 10 games each of the next three seasons.