"We were all flying kind of in the dark": Mississippi State President Mark Keenum on COVID-19, the College Football Playoff and a year of change in Mississippi 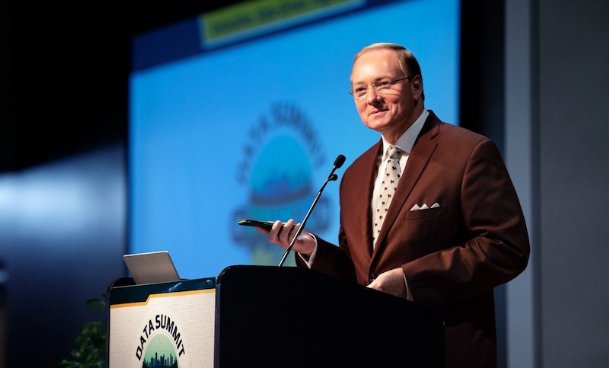 âMississippi State President Mark Keenum, the chair of the College Football Playoff board of managers, spent 2020 overseeing some of the most crucial decisions in college athletics and played a major role in social changes across the state of Mississippi in recent months.â Photo by: Megan Bean/Mississippi State University

Checking into his Nashville hotel on March 11, Mississippi State's 19th president picked up a call from his assistant. The Southeastern Conference presidents and chancellors meeting scheduled for the next day as the SEC men's basketball tournament got underway was suddenly called off. Instead, SEC Commissioner Greg Sankey, joined in person by Keenum and a handful of other administrators who made it to Nashville before Sankey told the others not to come, and the conference's senior leadership decided on a call that night to bar fans from Bridgestone Arena due to COVID-19 concerns. The next morning, as Keenum drove back to Starkville, another call was held. The SEC men's basketball tournament was canceled entirely.

Thursday, just shy of a year since those fateful days in Music City signaled a seismic shift in our everyday lives due to the COVID-19 pandemic, the MSU president and chair of the College Football Playoff's board of managers spoke for nearly 45 minutes with The Dispatch on the challenges MSU and the CFP faced and the staunch social changes that persisted across Mississippi over the past 10 months.

"Well, I'll just tell you," Keenum said through a brief sigh. "You know, this past year has been quite amazing for everyone on this planet."

The volatility of the 2020 College Football playoff and its future

Though a politico by trade, Keenum has long been involved in college athletics.

Before spending 17 years in the Washington, D.C. political scene, most notably as Sen. Thad Cochran's chief of staff between 1996 and 2006, he played football at Northeast Mississippi Community College. More recently, Keenum has been a part of the CFP in one capacity or another since 2015 and has held varying roles within the SEC, including a two-year spell as president of the conference.

While not directly tasked with selecting the four teams that make the CFP annually, Keenum and the board of managers help oversee the organization's business, property and affairs, among other varying duties. Put simply: they're the rulemakers.

Given the volatility of this season amid the COVID-19 pandemic, Keenum and his compatriots spent months planning a potential pandemic-laced season and conceiving contingency plans should certain conferences opt out entirely (as the Big Ten and Pac-12 did, before reversing course). Had college football seen the cancellations started by the Big Ten and Pac-12 proceed, he explained, the CFP was at least preliminarily prepared for a different look, though what shape that would've taken is a mystery.

"We felt like if we can have at least those three conferences (SEC, Big 12 and ACC) and a few other conferences, we could have enough games played that we could still move forward and try to have our playoff games and a national championship game," Keenum said. "But of course, if the SEC had folded up or the ACC had folded up, we probably would not have had the playoffs as we know them."

After the SEC, Big 12 and ACC held on through the late summer and the Big Ten and Pac-12 later returned to competition, the CFP moved forward with its usual four-team setup. Where issues arose for the committee was whether to include teams that would have played at most nine games, compared to the 11 or 12 games a team from the SEC, Big 12 or ACC might have played come selection day. Keenum said he believed the committee ought to remain true to its usual formula.

"I think it had to be a function of quality of opponents, quality of their play, and we had to have confidence in our selection committee to get it right," he explained. "We were all flying kind of in the dark, because, again, there's no map, guideline or plan of action in this environment that we found ourselves in last year."

With the 2020 CFP now in the past, motions to expand future playoffs remain an ongoing discussion. In Jan. 2019, Keenum, then the president of the CFP, vehemently opposed expansion in a prepared statement, saying it was "way too soon," to add teams to the playoff.

Speaking with The Dispatch Thursday, he was far less resolute. Keenum said general conversations regarding expansion have arisen given the larger chatter around potential changes of late. That said, he reminded those anxiously seeking expansion, the CFP is still under a media rights contract with ESPN through the 2025 season.

"I don't, at this stage, know what plans are to have any more in-depth conversations about changes to the current format," he said. "All I can tell you is, since I've been chairman of the board now for three years, we've had internal discussions about what it might look like if there were some changes to be made. But any of that discussion will have significant ramifications for the sport itself and for these young student athletes and we'd have to work through all that. It won't be an easy solution."

Social justice march, a new state flag and a summer of change in Mississippi

A state long-beleaguered for its checkered past, 2020 proved a seminal year in the complex racial history of Mississippi.

Keenum, who was born in Starkville and raised in Corinth, was at the forefront of the massive shift in social changes in the state. Beyond guiding MSU through the pandemic, he spent time lobbying legislators in Jackson with the presidents and chancellors of other Mississippi-based institutions to remove Confederate iconography from the state flag and participated in the Starkville racial justice march.

"It was a summer in time, and maybe more than just a summer, but a year of awakening to racial injustice in our nation," Keenum said.

The movement to remove Confederate imagery from the Mississippi state flag came in waves. Outside pressure mounted when the NCAA and the SEC threatened to withhold championship hosting privileges in Mississippi until the banner was retired. MSU running back and Columbus native Kylin Hill, the SEC's leading returning rusher in 2020, drew national headlines days later when he tweeted he wouldn't play this past fall if the flag wasn't changed.

With athletic departments quickly thrust into the discussion, coaches from MSU, Ole Miss and schools across the state were dispatched to the capitol to lobby legislators on the matter in late June.

"That just put us at a disadvantage from a competitive standpoint and is unfair to our student athletes that worked so hard to earn that right to host those tournaments on their home campus," Keenum said of the NCAA and SEC's bans.

"There is no question that our athletic programs, our universities, had a great deal to do with making that change for our future," he continued.

On June 30, Gov. Tate Reeves instituted a measure that called for the removal of the flag that had flown in Mississippi for 126 years. Its replacement, the "New Magnolia Flag," designed by Starkville-based artist Rocky Vaughan, was overwhelmingly approved by voters in a Nov. 4 referendum and marked the latest progressive movement in a state that persistently grapples with its past.

For Keenum, a longtime opponent of the previous state flag, it was a monumental and long-awaited moment in a year filled with instances of uncertainty, progress and a few extra phone calls than initially planned.

"Words can't really describe how pleased I was," Keenum said of Mississippi's adoption of a new banner. "I understood and understand very well the importance of symbols and how a person or an entity or entire state can be viewed both by people internally, but even outside our state. And it was very evident that people viewed the symbol that we had for many years as our flag as a symbol of hatred, and that's not a reflection of who we are as a people in the state of Mississippi."