Any individual who played soccer with a CSO team at the under-15 level or above is eligible to apply for the award, which can be renewed for an additional three years. 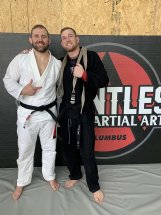 On Feb. 8, Reeves became the first person in the Golden Triangle area to receive a black belt in the grappling-based martial art.

Roughly two hours after the crash, NASCAR read a statement from Roush Fenway Racing that said Newman is in "serious condition, but doctors have indicated his injuries are not life threatening."

Bryant, 41, died in a helicopter crash near Calabasas, California, a source told The Associated Press. It was unclear if family members were on the helicopter.

Registration is open until Feb. 22. All games will be played at Lake Lowndes State Park. 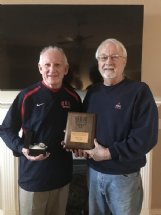 Short is one of four voting members representing Mississippi on the USA Softball National Council.

Registration is currently open through Friday for two clinics Saturday and can be done through https://columbusmssoccer.org/

The Commercial Dispatch's top 10 sports stories of the year

Here's our picks for what defined the Golden Triangle in sports in 2019.

Registration is currently open for both until Jan. 13 and can be done through https://columbusmssoccer.org/

The U13 girls team led the way for the Columbus Soccer Organization by romping to the championship in its division, posting shutout wins in all three matches.

The registration deadlines for both programs has been extended to Dec. 20.

Axel Phillips reacted to setting his second state swimming record just as he did when he found out about his first.

Black Prairie Helice in West Point is one of few courses in the country, and it attracts professional shooters from all over the area. "Some of the best shots in the world come from here," shooting director Xavier Fairley said.

With his dad as his caddie, 17-year-old West Point golfer Trolio becoming a household name

Cohen Trolio, a junior year at Oak Hill Academy, was the only teenager to make the semifinals in August's U.S. Amateur.

STARKVILLE -- Teaira McCowan is no stranger to success.

Before my first week working at The Commercial Dispatch was over, I was mistaken for a high schooler.

The Starkville Quarterback Club is entering its 54th year and will hold its first meeting of the 2019-20 football season Thursday at the Starkville Country Club. Mississippi