Whit Altmyer sent the game to overtime with a late layup, but the Patriots couldn't win it.

The Trojans girls beat the Falcons 7-1, while the New Hope boys won their match 7-0.

Collins Trolio had 17 points as the Raiders' boys team won, but the Oak Hill girls couldn't do the same.

An incomparable work ethic has helped Alpe to stardom with the Volunteers and is poised to serve her well in college.

Glasgow, a shortstop for the Cavaliers, will take her top-of-the-order bat and smooth fielding to Scooba.

STEENS -- Coach Jason Williams and the Columbus Christian Academy boys basketball team had seen it before. 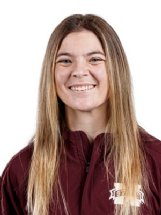 On Tuesday, the Bulldogs announced the signings of Phoebe and Allison Florian, who hail from Kannapolis, North Carolina.

The Raiders' corner infielder, who hit .561 this past fall, won't have to go far in order to keep her career in the sport going.