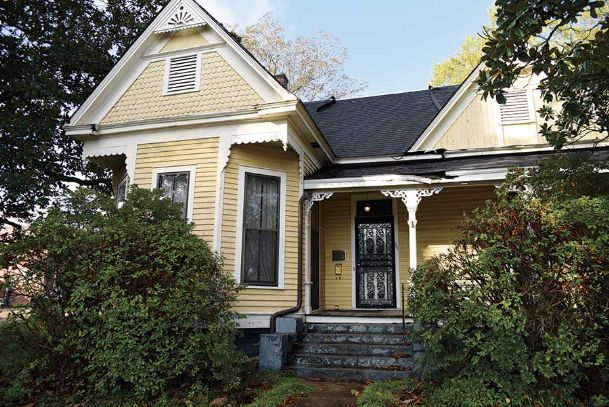 The Lowndes County Board of Supervisors moved a step closer to acquiring the old Lipscomb building, located on the corner of Sixth Street North and Third Avenue, during its regular board meeting Monday.

In executive session, the board voted 5-0 to purchase the property with the stipulation that the Lipscomb estate clear the property.

The purchase price is $190,000, the amount the property was appraised for in two separate appraisals done in May and June. A third appraisal, executed by the Lipscomb family in 2014, appraised the property at $200,000.

Attorney David Sanders, brother of board president Harry Sanders, negotiated the sale on behalf of the estate of Randolph Lipscomb, who died in March. David Sanders said the estate plans to have the building demolished, pending approval of the Columbus Historic Preservation Commission. The building, built in 1890, is listed on the National Registry of Historic Places, but is not listed on the Mississippi Department or Archives and History and would not need approval from the MDAH.

Supervisors have long sought to acquire the property, which would give the county control of the entire block on which the county courthouse sits, in anticipation of expansion of the courthouse.

In September, Harry Sanders told the board the county was still negotiating to purchase the property.

"We made an offer for the property, and the executor turned it down and came back with a counter-offer," the board president said in September. "The other problem is that Randolph put the building on the historic registry list, but we don't want the building. We want to land it's on. But a government can't take something off the historic list; only the private owner can do that. We couldn't demolish the building if it's still on that list."

David Sanders said he planned to apply with the Columbus Historic Preservation district for permission to demolish the building.

"The estate has looked into all the options, but the property is in poor condition and no one has stepped forward to say they are interested in buying it," David Sanders said. "It's dilapidated. We've shown it several times, but no one is interested. We will ask the commission to allow for the building to be demolished based on economic hardship. It would cost too much to repair. There is a provision that says that any demolition must wait 180 days, but there is a waiver that says that waiting period can be waived for reasons of economic hardship. That's what we're going to ask for."

However, according to the appraisals ordered by the county in May and June, neither describes the building as being in dilapidated condition.

The appraisal conducted by Stewart S. Stafford of Columbus in May describes the condition of the house as being in "relatively good condition." A June appraisal from J. Scott Tehnet & Associates of Starkville describes the house's condition as "structurally sound."

The Stafford appraisal did state that the landscaping and upkeep of the property was in a "neglected state" and estimated it would cost approximately $25,000 to correct.

Kenny Wiegel, Inspection Department Director for the City of Columbus, who serves as an advisor for the historic commission said the commission will grant permission for demolition of properties in some cases.

The commission's next scheduled meeting is Dec. 4.

"I totally forgot," Harry Sanders said. "We had talked about this in the two previous executive sessions and I told the supervisors then that I couldn't be involved in the discussions or anything. But when it came time to vote (Monday), there hadn't been any disagreements. It was clear everybody was in favor so when the vote was called I raised my hand like everybody else. But I didn't even think about it and I was wrong to do that."