Wright to serve as interim sheriff in December 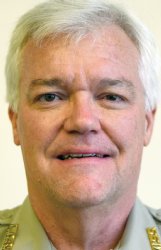 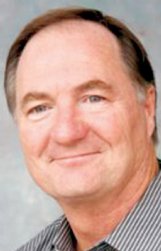 Greg Wright will have his chance to serve as Lowndes County sheriff again after all, if only for a month.

The board of supervisors on Friday appointed Wright interim sheriff for the month of December, after accepting Sheriff Mike Arledge's resignation effective Dec. 1.

Arledge, a two-term sheriff, opted not to run for re-election this year. He told supervisors he decided to retire a month before his term expired because of out-of-town family obligations that would have kept him out of the office for most of December anyway.

Wright, who has served with LCSO since 1991, became chief deputy in February during the early stages of his election campaign for sheriff. He lost a Republican primary runoff in August to eventual sheriff-elect Eddie Hawkins, a lieutenant with the Mississippi Bureau of Narcotics. Wright plans to retire from the sheriff's office in January, when Hawkins' elected term begins.

"I'm overjoyed the board of supervisors gave me the vote of confidence to serve as interim sheriff," Wright told The Dispatch. "My primary tasks will be running the day-to-day operations and working with Eddie to provide as smooth a transition as possible."

Arledge said he approached Hawkins about taking the reins a month early, but the sheriff-elect, who was present at Friday's board meeting, said he needed the rest of the year to close out some MBN investigations before he could transition to his new role.

During Friday's meeting, board of supervisors president Harry Sanders said Wright had offered to serve as interim sheriff for the same pay rate he serves as chief deputy -- what amounts to an annual salary of $65,000 per year ($5,416.66 per month gross). However, when county officials contacted the state auditor's office, they learned state law required sheriffs to make a salary equivalent to $90,000 per year ($7,500 per month). That means Wright will gross a $2,083.33 raise in December.

"I commend you for being willing to do that," Sanders told Wright regarding working for the same pay. "But it looks like we're going to have to pay you more."

Arledge will retire with 16 years of elected service, including two terms as a justice court judge before he became sheriff in 2011.

"I want to thank this board," he said Friday. "This has been a great working relationship, and I don't think any of us have had a cross word. ... I also want to thank the public for allowing me to serve."

Wright has spent more than 30 years in law enforcement. At LCSO, he has twice been chief deputy and also has led the investigations unit. This is his second time as interim sheriff, briefly serving in the transition from Butch Howard to Arledge.